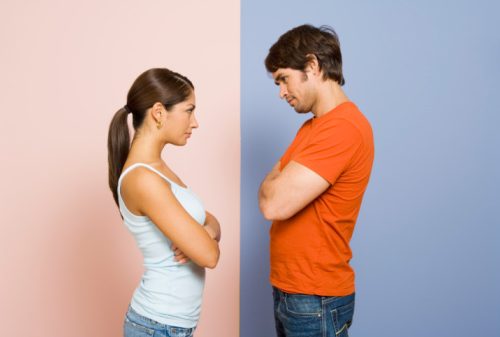 The process of aging is generally associated with changes in various parts of the body, including that of the bones, which may cause pain. For some adults, changes in bone health during aging could result in joint pain, attributable to inflammation of specific areas that are commonly involved in movement. In addition, this pain could be quite severe that mere walking or going up and down the stairs can be excruciating.

The Report on Inflammation and Pain

In a recent report published in the Journal of Clinical Densitometry: Assessment of Skeletal Health, the actual differences in bone strength among men and women were examined to determine whether certain factors are strongly associated with bone deterioration and possibly, bone pain in a certain gender. Using a study population consisting of approximately 114 adults (55 men and 59 women) ranging from 20 to 59 years old, quantitative computed tomography was performed to assess the strength of the tibia, which is more commonly known as the shank or lower leg bone. Based on the actual length of the tibia, bone strength was measured across the entire bone at 10% intervals, running from the knee to the ankle region.

The results showed that the male subjects had stronger tibia bones than women, thus suggesting that deterioration, inflammation, and joint pain were less likely to occur among men. On the other hand, female subjects presented lower bone strength values in the examined tibia bones, which may influence the higher incidence of inflammation and degeneration of their bones, as well as bone pain. This observation may also be translated to the greater number of cases of osteoarthritis affecting women, thus subjecting them to inflammation and joint pain.

The researchers who conducted the bone strength study also observed that the male subjects possessed a greater muscle mass around the tibia bone, thus possibly helping in preventing bone deterioration, inflammation, and pain. This observation may also play a role in the lower occurrence of joint pain during the course of aging among men. The report thus suggested that active physical movement might help in preventing bone deterioration, joint pain, and inflammation. The opposite features were observed among the female subjects, in which a smaller muscle mass was generally seen around their tibia bones, thus possibly allowing a faster rate of bone deterioration, pain, and inflammation. In addition, the smaller muscle mass might also have a less protective effect against joint pain, especially during the course of aging.

The information presented in this recent medical report may be useful in identifying factors that influence bone health among men and women, including the propensity for bone fractures and other bone-related medical conditions such as osteoarthritis. It is possible that the inflammation and joint pain associated with osteoarthritis may also be due to gender-specific bone strength, including the composition and mass, two bone features that may also vary with age. These bone features may also influence the frequency of bone fractures, which may also cause pain during movement. It may thus be helpful to maintain an active lifestyle even during aging to maintain bone strength and prevent unnecessary pain.