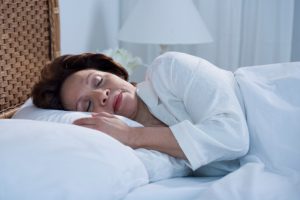 Sleep has long been recognized as an essential part of memory formation. Swedish researchers from Uppsala University have now found sleep also helps us access long-term memory during stressful times.

For the study, 15 participants learned 15 card pair locations on a computer screen. In the first experiment, people slept for only four hours. The following morning they were asked to recall the cards that they had learned the night before.

During their study, the researchers noted how stress plays a role on memory access. The men in the study were acutely stressed for 30 minutes in the morning during both experiments. But to recall the learned information after only four hours of sleep, stress reduced their ability to recall the cards by 10 percent. This impairment was not seen after eight hours of sleep.

Jonathan Cedernaes, researcher at Uppsala University, said while losing sleep might not affect memory as we go about our day to day, suffering stress that interferes with our cognitive abilities could be a problem.

Cedernaes said that delaying school start times, or work schedules that allowed tired employees to get some flex time could improve performance.

“Available snooze time for those who are on habitual short sleep, may improve their academic and occupational performance by ensuring optimal access to memories under stressful conditions,” he said.

The findings are currently being published in Sleep.