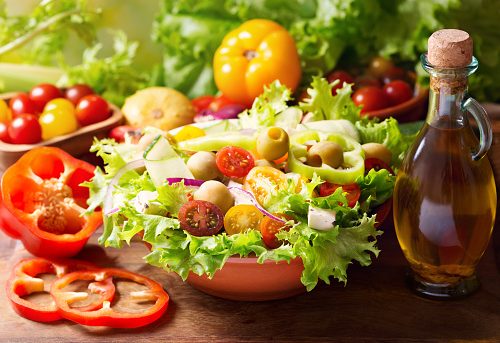 There have been numerous studies to support the health benefits of the Mediterranean diet, from protecting brain health to boosting heart health, and the list continues to grow. A fairly recent study, for example, illustrated how the Mediterranean diet may reduce brain cell loss in older age. 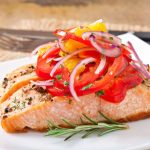 A study published in Neurology revealed that eating the Mediterranean diet may reduce brain-cell loss in old age. The researchers uncovered that consuming red meat – somewhat of a staple in the Western diet – actually shrinks the brain, and those who consume more fish, fruits, vegetables and grains have larger brain volume.

Study author, Dr. Yian Gu, said, “It was encouraging to see that the more you adhere to this Mediterranean diet, the more protection you get against brain atrophy [shrinkage]. For people interested in the diet and lifestyle factors leading to better health, I think this is another study consistent with previous studies that indicate the Mediterranean diet is a healthy diet.”

To come to their findings the team divided up 674 adults based on their adherence to the Mediterranean diet. Participants underwent brain scans to determine brain volume and thickness. Diet and eating patterns were measured through questionnaires the participants answered.

Those who did not follow the Mediterranean diet had smaller brain volume, which equated to at least five years worth of aging.

Dr. Gu recommends consuming three to five servings of fish each week and limiting other meat to 3.5 ounces a day for optimal brain protection. 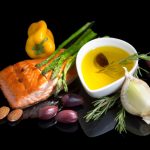 Previous research has found that the Mediterranean diet may lead to longer life in the elderly. The study included over 74,000 healthy men and women over the age of 60 from nine European countries. All relevant information like diet, smoking, physical activity, lifestyle and medical history was recorded. Participants also recorded their adherence to the Mediterranean diet.

The researchers uncovered that those who most closely followed the Mediterranean diet had a lower overall death rate. The association was greatest in Greece and Spain as the diet in those two countries are primarily influenced by the Mediterranean. 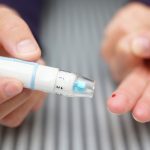 Other research has found that the Mediterranean diet may help prevent type 2 diabetes. The findings were published in Diabetologia, where researchers followed over 22,000 people in Greece for over 11 years. During the study period, 2,300 persons developed diabetes.

The researchers developed a 10-point scoring scale based on the diet and found those who scored above six had a 12 percent reduced risk of developing type 2 diabetes compared to those who scored below four.

Those with the highest carbohydrate consumption had a 21 percent increase in diabetes compared to those with the lowest intake. 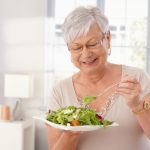 Lastly, research has also shown that the Mediterranean diet can lower heart attack risk as well as cardiovascular-related death. The findings were published in The American Journal of Medicine, where researchers analyzed studies as far back as 1957 that included links between food and heart disease.

The researchers found the studies revealed that high cholesterol levels are associated with a high intake of saturated fat, which increases the risk of coronary heart disease.

By now we know the importance of keeping our cholesterol down, and the American Heart Association recommends consuming less than 30 percent of daily calories from fat and less than 10 percent from saturated fat – commonly found in red meat and dairy.

Although the researchers, too, knew that a low-fat diet was optimal for heart health, they also believed a whole approach, as seen in the Mediterranean diet, may be successful for reducing heart attack risk as well.

“Nutritional interventions have proven that a ‘whole diet’ approach with equal attention to what is consumed as well as what is excluded is more effective in preventing cardiovascular disease than low-fat, low-cholesterol diets,” concluded Dr. Dalen.

As you can see, there are many studies that outline the benefits of the Mediterranean diet. If you’re concerned about your risk of heart disease, diabetes or even want to slow down aging, you may wish to consider eating in this style to help improve overall health.