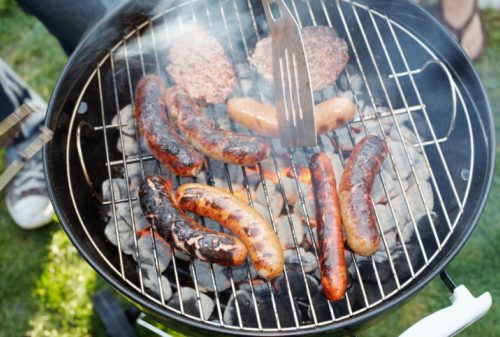 A diet of high meat consumption, specifically when cooked at high temperatures, is associated with an increased risk of kidney cancer due to high carcinogenic compounds, which occur more often from barbequing and pan-frying.

The findings come from researchers at the University of Texas, who also found that those with a specific genetic mutation have a higher risk of the negative effects of carcinogens.

The most common form of kidney cancer is renal cell carcinoma (RCC), and it is estimated to affect 60,000 new patients this year and take 14,000 lives. The Western diet is primarily to blame for incidences of renal cell carcinoma. One main aspect of the Western diet is a high consumption of meat, which has already been tied to many cancers. It has long been unknown why high meat consumption is linked with cancer rates.

One theory is the ingestion of meat-cooking mutagens –caused depending on how the meat is cooked. Cooking meat over a high temperature or open flame has been shown to create carcinogens.

The kidneys main responsibility is to filter out harmful toxins, so the foods we eat can contribute to its many illnesses.

The researchers examined eating behaviors and genes from 659 MD Anderson Cancer Center patients, who were newly diagnosed with renal cell carcinoma, along with 699 healthy individuals. Based on survey results, meat consumption along with high cooking temperatures are possible contributors to renal cell carcinoma cases.

Kidney cancer patients were shown to consume more meat compared to healthy individuals. Furthermore, a 54 percent increase was seen when individuals consumed pyridine (PhIP) – a carcinogen. Along with a high meat consumption, temperatures used to cook the meat were also shown to increase the risk of kidney cancer.

Lead author, Stephanie Melkonian, Ph.D., said, “By analyzing genes known to be associated with RCC risk, we found that high intake of these carcinogens may be particularly meaningful for a certain subgroup of the population.”

Individuals with a gene mutation – ITPR2 – were also found to be at greater risk of the development of kidney cancer through meat consumption.

Dr. Wu added, “Our findings support reducing consumption of meat, especially meat cooked at high temperatures or over an open flame as a public health intervention to reduce RCC risk and burden.”

The researchers did not recommend the elimination of meat from one’s diet, but to simply keep moderation in mind, along with aiming for a well-balanced diet with plenty of fruits and vegetables.

The findings were published in CANCER.