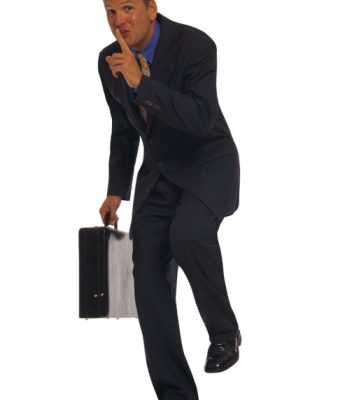 Many wives might have the fear of their husbands sneaking around, but there are many women who might not be too sure exactly what it is they’re doing. And it isn’t what you think! A new study out of the University of Michigan has shown that men in the United States are likely to pull a fast one on their wives, and sneak around eating fast food and junk food.

The married men who were followed in the study said that to avoid a domestic problem at home, many will eat the healthy foods provided and cooked by their wives, but also sneak around to get their fast food and junk food fix somewhere else. And they don’t say a word about it.

A team of nutritionists conducted the study which showed that men were good boys at home, and were obedient to their wives while around the dinner table, but were forward in admitting that once away, either at work, or simply away from the home, they were highly likely to indulge themselves in plenty of fast food and junk food.

Why Lie About Junk Food Intake?

The reasons provided for this “omission” was two-fold, one reason was that they said they wanted to provide a good example to their kids and grand-kids when it came to junk food and fast food avoidance, but the second answer might not please their female companions: They simply wanted to avoid an argument, so they sneak the food away from home.

The study, which was conducted by a group of nutritionists, also involved focus groups consisting of nearly almost male volunteers with whom they discussed their honest diets within the home, and then their “omitted behavior” with fast food and junk food in their diets away from home.

The Study on Diets, Junk Food and Fast Food

The male study participants were asked whether or not their wives had ever consulted them about dinner menu or took their preferences for healthy food into account. According to the answers, the vast majority of the men had never been informed about the any of the healthy changes in the household meals and therefore felt left out, but rather than causing a rift, they chose to sneak a few fries or other forms of junk food and not tell anyone about it.

The results showed that it really boiled down to a serious issue with control. They believed that their wives had far too much control of what food they consumed at home when compared to eating out, but the negative consequences of standing up and voicing their distaste could be extreme, and best avoided. The researchers concluded that the heavily unbalanced decision making forced men to seek solace in fast food and junk food, making them feel more in control of not only their diets, but their lives too.

The Confusion in the Results on Male Diets

What might make all of these results a little more confusing, is the same group of men who were quizzed about their diets, also were asking questions pertaining to control within the home. Researchers were interested to note that almost all of the male participants reported being very satisfied with the balance of control within the home, and the role that their wives had taken on over the course of the marriage. They said they didn’t mind their wives being in control of their diets and the menu, especially when it came to families who have kids.  What men did have a problem with was any sudden and ill informed changes to healthy diets, without being consulted. They said the control over their diets is fine, in theory, but whenever their wives try to sneak in veggies without consulting them, they get very upset.

So a husband could be very likely to cheat, but it isn’t what you think, they are cheating their diets, and eating junk food away from the home to try and avoid an argument.