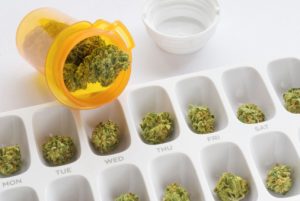 When a famous marijuana-using singer said, “When you smoke the herb, it reveals you to yourself,” he was probably not referring to prediabetes. But new research shows that people using marijuana, and also those who have previously used the herb, are more likely to develop prediabetes than those who never used marijuana.

The complete details of the study are published in the journal, Diabetologia.

The prevalence of marijuana use in the U.S. by individuals who are 12-years or older has increased since 2002. In the last National Survey on Drug Use and Health, done in 2013, an estimated 19.8 million people were currently using marijuana for health reasons or recreational purposes. As many states are enacting policies that permit medicinal or recreational use of the herb, the number of marijuana users is going to see a sudden upward spike.

But in spite of the growing movement to make marijuana usage legal, not much is known about marijuana side effects, and the herb’s effect on metabolic health. There have been conflicting reports stemming from previous studies on this subject; some studies suggest marijuana can result in low blood sugar and reduce the risk of diabetes, while others show that the drug is linked to an increased calorie consumption.

In this new study, the team took into consideration both quantity used and status of current use while investigating the link between marijuana use, concurrent prediabetes and full blown type-2 diabetes. Given that the diabetes risk profiles by race and gender are vastly different in both the sexes and in different races, the team looked at the effects of sex and race on the associations with diabetes.

To determine marijuana use and its association with prediabetes and diabetes, the team used data from the community-based Coronary Artery Risk Development in Young Adults (CARDIA) study.

The decades-spanning study recruited individuals in the 18-30 age group from 1985 to 1986. The team has been following these individuals for the past 30 years trying to find an association between marijuana usage and prediabetes.

The results showed that there was a significant decline in the percentage of individuals who self-reported current use of marijuana.  The percentage declined from 28 percent between 1985 and 1986 to 12 percent from 2010 to 2011.

When compared to individuals who never used marijuana, there was a 65 percent increased risk of prediabetes in current users of marijuana. In those who are not currently using marijuana, but have a history of using the herb more than 100 times, the increased odds of having prediabetes was 49 percent.

However, there was no association between marijuana use and full blown type-2 diabetes.

The team of researchers conclude that occurrence of prediabetes in middle adulthood was significantly increased in young adults who used marijuana more than 100 times in their lifetime. They hope that future studies will be able to objectively measure marijuana use in relation to prospective metabolic health, and thereby help in blood sugar management.

Also Read: Marijuana unfairly blamed for effects of ‘use’