Home » Health News » Marijuana unfairly blamed for effects of ‘use’ 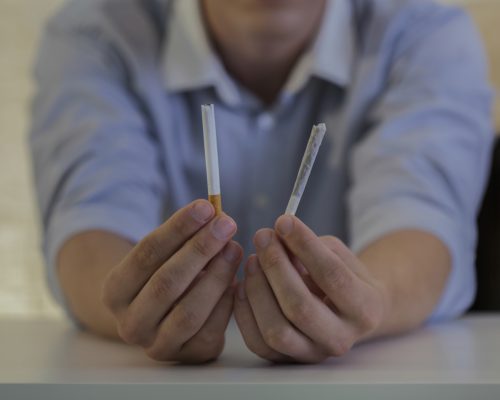 Our love-hate relationship with this seven-pointed leaf has been going on for decades. In fact, marijuana was in the top five most controversial topics of 2014. And while it continues making headline, behind laboratory doors scientists are changing the way they study the effect of this popular ingredient on our brains, which in turn might change the way we view this ‘weed’.

Until a few months ago, researchers generally avoided recruiting tobacco users for their participant pool, but in a recent study, scientists at the Center for Brain Health at the University of Texas in Dallas, observed significant differences between the brains of individuals who use both tobacco and marijuana and the brains of those who only use marijuana. These results are prompting them to question the correlation, and move away from the current practice.

Details of the study can be found in the online version of the journal Behavioral Brain Research.

For the study, the participants were selected based on their marijuana and tobacco usage and divided into these four groups:

The researchers used MRI screening to examine the hippocampus, which is an area in brain linked to learning and memory and is known to alter in shape and size with chronic marijuana use.

The team also observed that the more cigarettes the marijuana and tobacco group smoked, the smaller the hippocampus became and the more memory performance improved.

According to the lead researcher, Francesca Filbey, Ph.D., who is also the Director of Cognitive Neuroscience of Addictive Behaviors at the Center for Brain Health, most studies trying to find the effects of marijuana do not take tobacco use into consideration. However, at least 70 percent of marijuana users are also tobacco users – a ‘blunt’ is wrapped in tobacco leaf while a ‘spliff’ is a joint rolled with tobacco – so the findings of these studies do not reveal the true effect of marijuana on the majority of the marijuana using population.

The study by Filbey’s team is the first of its kind to analyze both the unique effects of each substance on the brain and their combined effects.

The results of the study confirm that the interaction between marijuana and nicotine is much more complex, due to the various mechanisms at play. To get a clear picture of the effect of marijuana on memory function and behavior, more studies need to be done to address the compounding effects of substances.