Home » Health News » Marijuana May Mess with Your Sleep 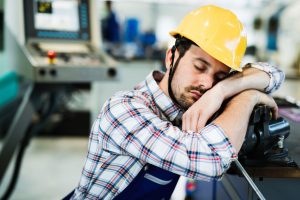 Sleep can be a little hard to come by this time of the year. Even if you’re trying to take it easy preparing for the holidays, it can be nearly impossible.

Many people turn to marijuana to help them relax and get a little shuteye, but new research shows it might not be having the desired effect. Much like alcohol, it appears that the anecdotal evidence suggesting marijuana’s positive effect on sleep isn’t justified.

Researchers from the University of Toronto recently analyzed data to show how marijuana can impact sleep, and they found that it may not be much of positive sleep aid.

Sleep experts generally recommend getting between seven and nine hours per night. Going under or over that sweet spot is associated with a host of health problems, including a higher risk for heart disease.

Looking at survey results from more than 22,000 people, the team found that cannabis use took a high percentage out of the sweet spot and led to either too little or too much sleep.

Although the study did not prove that marijuana can degrade sleep quality, it does suggest that dosing and usage levels can influence sleep in a variety of ways.

If you’re thinking about using marijuana to help you get better sleep, it might not do the trick. Talk to your doctor about options that may be more effective.