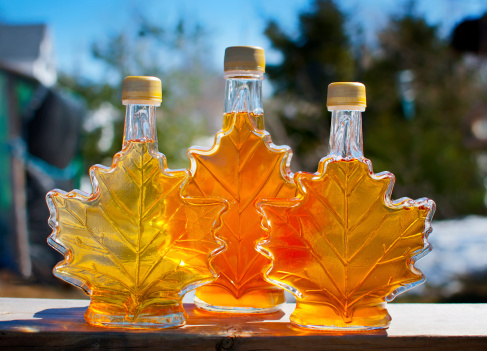 Quebecol is a chemical reaction during the maple syrup-making process which naturally occurs in the polyphenols of the maple sap. Researchers successfully synthesized the molecule and it’s derivatives and evaluated its anti-inflammatory properties.

Researcher Daniel Grenier said, “We take blood cells called macrophages and put them with bacterial toxins. Macrophages usually react by triggering an inflammatory response. But if the culture medium contains an anti-inflammatory molecule, this response is blocked.”
Through testing the researchers found that quebecol curbs the inflammatory response of macrophages. “The most powerful derivative has a simpler structure and is easier to synthesize than quebecol. This paves the way for a whole new class of anti-inflammatory agents, inspired by quebecol, that could compensate for the low efficacy of certain treatments while reducing the risk of side effects,” explained Normand Voyer, lead researcher.

The findings were published in Bioorganic & Medicinal Chemistry Letters.