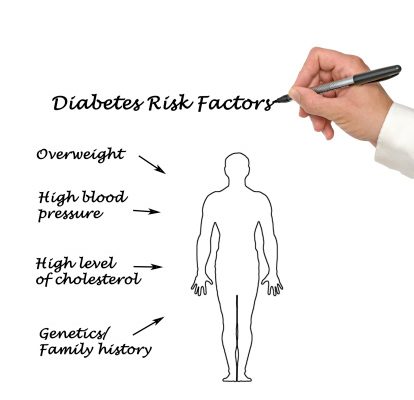 Even though much information is now publicly available, new research found that many Europeans are still unaware of how they can lower their risk of type 2 diabetes. Additionally, the researchers also found that health awareness in regards to type 2 diabetes varies considerably across Europe; there are large gaps between what Europeans should do to lower their risk and what they are actually doing.

The research, conducted by the Institute for Scientific Information on Coffee (ISIC), surveyed over 2,800 Europeans from Italy, Denmark, Spain, Germany, UK, Netherlands and Finland. Investigators wanted to identify myths and misconceptions in regards to the role of diet and lifestyle factors and the risk of developing type 2 diabetes. They also explored the potential health benefits of coffee.

Even though being overweight is a risk factor for diabetes, many respondents found body mass index (BMI) to be confusing. They found:

On a positive note, lifestyle changes were found to be a clear factor for reducing risk.

The differences emerge when it comes to what Europeans know they should do versus what they actually do to lower their risk of type 2 diabetes.

When ranked from most to least informed about lifestyle and dietary factors that increase or lower the risk of type 2 diabetes, the countries ranked as follows:  Finland (most informed), Italy, Denmark, Germany, Spain, Netherlands, and the UK (least informed).

Professor Edith Feskens, Ph.D., from Wageningen University said, “Currently seven percent of the European population suffers from diabetes, which means we now have 60 million patients. A similar amount of people have prediabetes, and these numbers are expected to increase during the next decades. Lifestyle interventions focusing on healthy diet and physical activity are able to reduce diabetes risk, and these should be implemented widely.”