Home » Health News » Many Americans use prayer as a healing mechanism 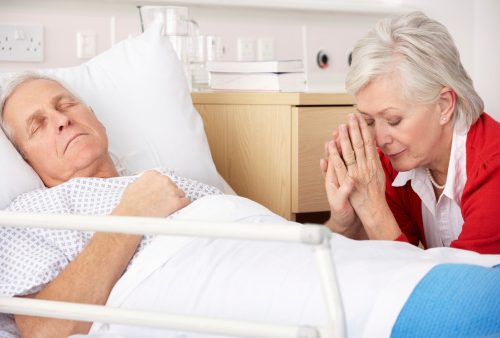 A new survey has found that many Americans turn to the power of prayer during the times of illness. Study author Jeff Levin said, “Outside of belief in God, there may be no more ubiquitous religious expression in the U.S. than use of healing prayer.”

The results of the survey found that nearly 87 of respondents used prayer for healing of others. The survey included over 1,700 Americans across the U.S. Nearly 80 percent noted they prayed for their own healing at least once, and one-third reported to do this often.

Nearly 54 percent have asked for prayers for their health, 26 percent have given a “laying of hands” for healing, and 53 percent have been part of a prayer group, circle, or chain.

Levin added, “The most surprising finding is that more than a quarter of all Americans have practiced laying on of hands — and nearly one in five has done so on multiple occasions. Interestingly, most people who use prayer for healing do so alongside regular medical care, rather than as a substitution, as has been presumed up to now.”

The findings were published in Journal of Religion and Health.