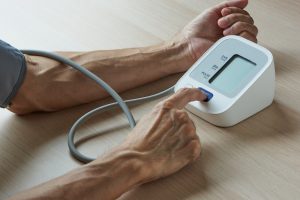 A change in diet may help patients with treatment-resistant high blood pressure. According to a new study published in the American Heart Association’s journal, Circulation, adopting the DASH (Dietary Approaches to Stop Hypertension) eating plan could successfully reduce blood pressure in those who have not had progress through other treatments.

Those who had the most success followed the DASH diet and changed some other behaviors. The participants also lost weight and improved their aerobic fitness.

Over four months, the trial included 140 adults with resistant hypertension who had an average age of 63. They were randomly divided into two groups.

The first group received weekly dietary counseling and exercise training in an intensive cardiac rehabilitation setting three times a week. The second group had a single informal session from a health educator along with written guidelines on exercise, weight loss, and nutritional goals for participants to follow on their own.

It was found that overall, participants in the supervised program had an approximate 12-point drop in systolic blood pressure compared to 7 points in the self-guided group.

Through 24-hour monitoring, it was revealed that during a typical day, those in the supervised lifestyle program had a 7-point reduction in systolic blood pressure while the self-guided group had no change in blood pressure.

Participants in the supervised program also had greater improvements in heart health, suggesting that they have a lower risk of cardiovascular events in the future.

“Our findings showed lifestyle modifications among people with resistant hypertension can help them successfully lose weight and increase their physical activity, and as a result, lower blood pressure and potentially reduce their risk of heart attack or stroke,” concluded James A. Blumenthal, Ph.D., first and senior author of the study

“While some people can make lifestyle changes on their own, a structured program of supervised exercise and dietary modifications conducted by a multidisciplinary team of health care professionals in cardiac rehabilitation programs is likely more effective.”

This study adds to the mounting evidence that suggests diet and exercise are well-established treatments for high blood pressure. In June 2021, the American Heart Association released advice stating that physical activity should be the first treatment choice for adults with mild to moderately elevated blood pressure and cholesterol.