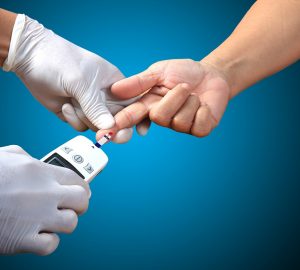 Early detection of blood sugar levels in type 2 diabetes may be crucial for future control, according to a new joint study from the Universities of Gothenburg and Oxford. Researchers suggest that the years immediately after diagnosis are extremely critical for the risk of heart attack and death in the future.

The study was based on a trial in people with type 2 diabetes from the UK Prospective Diabetes Study (UKPDS). The analysis examined the role of blood sugar levels in the first years after type 2 diabetes was diagnosed in patients. The incidence of myocardial infarction and death was recorded 10 to 20 years later.
The results of the study were presented in the scientific journal Diabetes Care and showed that blood sugar levels detected early during the condition have a greater impact on future prognosis. There had been no relationships defined before this study.

The research was able to show that targeting blood sugar levels according to treatment guidelines (HbA1c 52 mmol/mol or lower) from the time of diagnosis was associated with an approximately 20 percent lower risk of death 10 to 15 years later.

This was compared to targeting a higher blood-sugar level of HbA1c 63 mmol/mol. The study also found that delaying treatment for blood sugar levels and getting the reading back to a healthy range for 10 years resulted in only a 3% lower risk of death.

This study can show that proper early blood sugar treatment in patients with type 2 diabetes is vital to reducing the risk of cardiovascular events and even death in the future. There have been no previous studies that were able to understand just how important early blood-sugar control is for the prognosis.

This means that physicians need to put a greater focus on detecting type 2 diabetes at the earliest opportunity to prevent people living with the disease who may otherwise be undetected for several years.

Professor Rury Holman, from the Radcliffe Department of Medicine at the University of Oxford, said, “These new results provide a mechanistic explanation for the glycemic ‘legacy effect,’ first identified by the UKPDS, whereby instituting good blood-sugar control in newly-diagnosed type 2 diabetes was shown to reduce the risks of diabetic complications and death for up to 30 years. The discovery of the ‘legacy effect’ has led treatment guidelines worldwide recommending the need to achieve good blood-glucose control as soon as possible.”