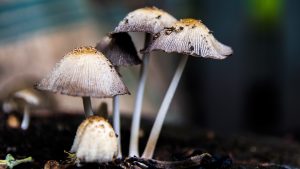 Psilocybin, the active component in “magic mushrooms,” may help rewire the brains of people with depression to relieve symptoms.

These substances, and others, have shown promise in treating several mental health disorders in recent years. A new study may begin to show how they work.

One of the features of these drugs is that they can open up the brain and make it more flexible after use, which can help people talk more freely. Many of the changes that occur may be correlated with improved depressive symptoms.

Researchers analyzed functional MRI brain scans from 59 people who took part in two psilocybin trials for the study. Brain scans were taken before therapy and again either one day or three weeks later.

Also, the group who took antidepressants did not show the same kind of changes in brain connectivity, suggesting psilocybin works differently than conventional depression meds.

Keep in mind that these studies were very small, and more extensive trials need to be conducted to see if the results can be replicated.

Also, it is essential to remember that these substances remain illegal, although they are being studied. That said, Oregon will begin a psychedelic therapy program in 2023.

Another important aspect of these drugs is that they can have a serious downside. They should be used in controlled settings with a trusted therapist, correct dosage, and a comfortable atmosphere.

It will be interesting to see how the research on psilocybin evolves and if policies change to accommodate the findings.