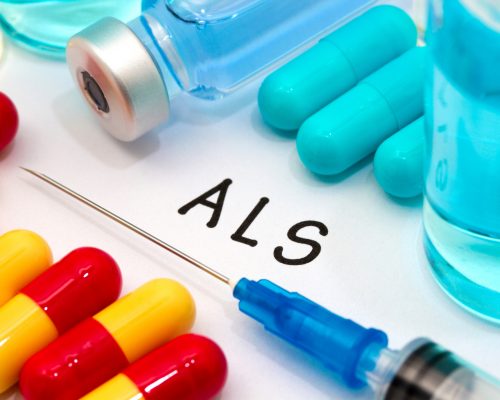 Since ALS signs can be similar to treatable diseases, such as Lyme disease, some people think that an infection like Lyme disease can cause ALS, which stands for Amyotrophic Lateral Sclerosis. The truth is, Lyme disease does not cause ALS. Lyme disease and ALS are two separate conditions.

Lyme disease is a bacterial infection that is transmitted by ticks. Ticks are a class of joint-legged invertebrate animals that are normally found in wooded or grassy areas. Ticks can be found throughout the United States.

ALS, or – as it is sometimes called – Lou Gehrig’s disease, is a progressive and fatal neurological disease. It attacks the nerve cells that are responsible for controlling muscles, including those in the arms, legs, and face. Major League baseball first baseman Lou Gehrig was diagnosed with the disease in 1939 and passed away in 1941.

The ALS and Lyme disease connection has come about because early ALS symptoms include fatigue, muscle weakness, and muscle twitches – which are also signs of Lyme disease. What doctors can say for certain is that Lyme disease is usually treatable with antibiotics. ALS is not. It progresses quickly and the outcome is fatal. There has been some speculation that ALS can get started with an infection, but there is no “reliable data” to suggest that infection can cause the disease. Research shows that a neurologist diagnoses 90 percent of ALS cases, and that the disease just happens with no obvious cause. Approximately 10 percent of the time, ALS is inherited through a defective gene. Recent studies show that a defective gene in people who don’t have a family history of ALS can cause the disease as well.

When asked whether Lyme disease causes ALS, most medical scientists will say that it is unlikely. This is because it would be odd for bacteria that are responsible for something like Lyme disease to lead to both the upper and lower motor neuron symptoms, while at the same time cause progressive motor weakness and paralysis. There have been some rare cases where people who have Lyme disease do not have many of the typical symptoms of the condition, but have more signs and symptoms of ALS, so it is no surprise that many people have asked: Can Lyme disease mimic ALS?

Not everyone who gets ALS needs to have a test for Lyme disease. It is important to understand the difference between ALS vs. Lyme disease. They share some of the same muscle weakness symptoms, but the pattern of weakness is not specific and, therefore, does not mean that Lyme disease is ALS, or vice versa. There really is no Lyme-induced ALS.

ALS is such a serious disease and there is so much media attention around Lyme disease so it is understandable that there is a lot of interest and questions around both of these conditions.

Since ALS is a fatal diagnosis, wondering whether ALS is really Lyme disease is common. 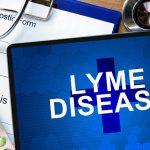 No one can say for certain, but it is believed that at least 15 thousand people in the United States currently suffer from ALS. We know that ALS is more common in men than women and it is age-related. Most people who have been diagnosed with ALS are between the ages of 55 and 75. They generally live two to five years after their symptoms start to develop.

In terms of Lyme disease, estimates put the number of cases in the United States at 30,000 per year. Health officials indicate that this number is not entirely accurate because not all illnesses are reported. Some suggest that the true number could be well over one million. Chronic Lyme disease and ALS can have a profound economic impact on the health system. Chronic Lyme disease can cause multi-organ infection, rheumatological, cardiac, dermatological, and neurological issues that all require medical intervention. ALS patients require constant medical attention.


Difference between Lyme disease and ALS: Signs and symptoms

While Lyme disease and ALS symptoms do overlap slightly, there are some differences that stand out. For example, Lyme disease generally begins at the site of a tick bite after about three to 30 days following the bite. A rash appears in 70 to 80 percent of infected individuals. The rash expands over a period of days and may feel warm, but it is usually not itchy or painful.  As the disease progresses, a person may experience some of the symptoms listed below:

Lyme disease and ALS symptoms can be addressed and controlled if they are caught early enough. With ALS, one person’s experience can be different from another person.  Some people have a hard time grasping a pen or lifting a cup, while others have a change in the pitch of their voice. The symptoms of ALS often begin with the muscles that control speech and swallowing, or in the hands, arms, legs, or feet. As the disease progresses, muscle weakness and paralysis are inevitable. Below are some of the early symptoms of ALS: 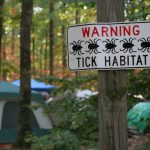 There are many unanswered questions about ALS, including the root cause. What we do know is that nerve cells that control the movement of muscles in people suffering from ALS gradually die. Researchers around the world continue to look into possible causes, including gene mutation, chemical imbalance, disorganized immune response, and protein handling.

As far as Lyme disease goes, the blacklegged tick spreads the disease in northeastern, mid-Atlantic, and north-central United States. The western blacklegged tick spreads the disease on the Pacific Coast. Ticks attach to any part of the human body, but are hard to see, especially when they cling to the groin, armpits, or scalp. Studies show that ticks have to be attached for between 36 and 48 hours or more before Lyme disease can be transmitted. Immature ticks are called Nymphs and can be really difficult to detect. They are less than 2 mm and feed during the spring and summer months. Adult ticks are active during cooler months.

There is no evidence that Lyme disease can pass from one person to another. However, Lyme disease contracted during pregnancy could possibly lead to infection of the placenta, and possible stillbirth. Scientists have discovered that Lyme disease bacteria can live in blood that has been stored for donation.

If you enjoy the outdoors then you should be aware that spending time in wooded and grassy areas puts you at a higher risk of being exposed to ticks. For example, deer ticks are common in the Northeast and Midwest areas of the U.S.

Ticks like to attach to bare skin, so if you are in an area where you think ticks could be common, remember to protect yourself by wearing long sleeves and pants. It is also important not to allow your pets to wander in tall grasses and weeds. They too can get Lyme disease.

If you should see any ticks on your body, remove them immediately. If they are removed within two days of attaching to your skin, your risk of getting Lyme disease will be much lower.

If you do get Lyme disease and are promptly diagnosed, you will likely be given two to four weeks worth of antibiotics. If your symptoms continue after the antibiotic regiment, you may be diagnosed with chronic Lyme disease, which means you will experience a wide range of lingering symptoms. Complications could include Bell’s palsy, chronic inflammation, or heart problems.

Studies into ALS have revealed some interesting insight. For example, it may just be that some people with this disease are triggered by certain environmental factors. More investigation is needed, but we can tell you that the environmental triggers under investigation include smoking, lead exposure, and military service. Recent research has indicated that people who have served in the military are at a higher risk of getting ALS.

Studies are also looking at the entire human genome, since research has uncovered a number of genetic variations that people with familial ALS and some with non-inherited ALS have in common. These variations might make people more prone to ALS.

While muscle control and speech problems are earlier signs of ALS, complications arise and include paralysis and difficulty breathing. Some people use ventilation machines to assist them in breathing, and others choose to have a tracheostomy, which is a hole created at the front of their neck leading into their windpipe to allow for the use of a respirator to inflate and deflate their lungs. Respiratory failure is the most common cause of death for people who are diagnosed with ALS.

Difference in ALS and Lyme disease diagnosis and treatment 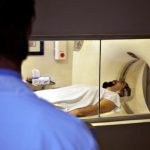 Lyme disease and ALS diagnosis is different. ALS is very hard to diagnose because no specific test has been established to determine if a person has this fatal condition. A clinical examination, diagnostic tests, and often ruling out other diseases can help a doctor establish what the problem is. Diagnostic tests may include blood and urine tests, a spinal tap, X-rays, an MRI, an EMG, or even a muscle or nerve biopsy. A thorough neurological examination is also a diagnostic measurement.

With Lyme disease, a doctor can make a diagnosis based on a person’s symptoms and exposure to ticks. A blood test can usually confirm the diagnosis. A two-step blood test is highly recommended. The first is called the indirect test. If it comes out positive, a second test, called Western blot, is taken. If that second test is positive, then you have Lyme disease.

ALS and Lyme treatment also differ. Since there is no cure for ALS, the treatment focuses on helping the patient cope with the symptoms, preventing unnecessary complications, as well as slowing the progress of the disease. There is an FDA-approved drug (Riluzole) that has slowed the progression of ALS is some people. Doctors also prescribe various medications to treat the many symptoms of the disease.

Lyme disease is treated with antibiotics. The type of antibiotic will depend on the severity of the disease and the symptoms the patient has. If diagnosed early, antibiotics can cure Lyme disease. Complications occur when the treatment comes too late.

No one wants to receive a diagnosis of Lyme disease or ALS, but you should know that Lyme disease is treatable when it is caught early and that it does not automatically lead to ALS. As for ALS, it is important that it get the attention and understanding it deserves, since it is a debilitating disease with no cure.

Lyme disease and lupus both start with the letter L, and that’s not the only aspect they share. In fact, many Lyme disease symptoms may present themselves as lupus and vice versa. That’s why it’s important to be aware of their distinct differences in order to properly treat either condition. Continue reading…

Multiple sclerosis vs. ALS is a topic of much discussion because both diseases are neurodegenerative and can impact the central nervous system. People with ALS, or amyotrophic lateral sclerosis, and those who suffer from multiple sclerosis (MS) can have memory and cognitive problems, but to different degrees. Continue reading…