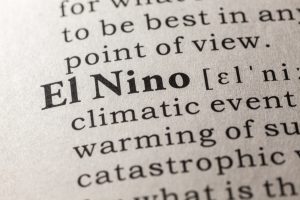 We may be seeing a rise in Lyme disease cases in the U.S. as a result of the weather changes due to El Nino. A new report suggests that the warmer, wetter climate brought on by El Nino and La Nina could result in additional Lyme disease cases along with intestinal infections.

Over the last four decades, there has been an influx in Lyme disease and gastrointestinal infection cases resulting from climate change. Study lead author Dr. David Fisman explained, “There are important links between the environment and infectious disease risk, not only in low-income countries, like places with a lot of malaria, but in high-income countries like the U.S. and Canada, too. Hopefully, people will understand that environmental change can impact their health, not only directly – via extreme heat or cold – but also indirectly, via impacts on infectious disease.”

El Nino and La Nina are described as bands of warm water and cold water, respectively, which occur periodically in the tropical Pacific Ocean. These effects can impact the weather in other parts of the world as well.

In the U.S., El Nino is tied to wetter conditions in the Southern U.S. and drier ones in the Pacific Northwest.
Dr. Fisman added, “We discovered that the risk of some diseases, especially diarrhea diseases and tick-borne disease, does seem to be affected, but the direction of effect is different in different parts of the U.S.”

The researchers are unsure if the weather changes are direct causes of the influx of disease, but there was a noticeable increase in Lyme disease and intestinal infection cases associated with these changes in weather.

Additional research is required in order to better understand the effects the weather has on infectious disease. As of now, the evidence is limited, but a strong association has been revealed. The researchers note that as the weather changes so does the risk of illness.

How does Borrelia mayonii cause Lyme disease in people?