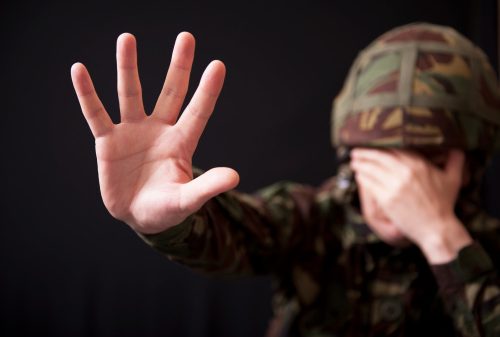 A recent study involving U.S. marines shows a link between lower heart rate variability and post-traumatic stress disorder (PTSD) risk. The study, done by researchers at the University of California, San Diego School of Medicine and Veterans Affairs San Diego Healthcare System, suggests that a reduced interval between heartbeats could be seen as one of the important PTSD risk factors.

The details of the study can be pulled from the September 9th online issue of JAMA Psychiatry.

The normal rhythm of the heart fluctuates even at rest. These fluctuations influence certain changes in other parts of the body. In a healthy person, the greater the heart rate variability or HRV, the better. When the HRV is reduced it is indicative of improper functioning of regulatory systems in the body. A low HRV can be used as a predictor or an indicator for a number of conditions, such as diabetic neuropathy, heart disease, fetal distress, asthma, depression and disorders of the autonomic nervous system, which controls bodily functions such as heartbeat, breathing and digestion.
Prior to the study HRV has been associated with post-traumatic stress disorder, a condition that can manifest itself in various ways – chronic depression, insomnia, anger and even substance abuse. As can be expected, PTSD symptoms are common in war veterans. The prevalence of PTSD in the general U.S. population is 8 percent, but that number goes up to 19 percent in war veterans.

As part of the study, the researchers determined whether a reduced HRV before being deployed for war increased risk of a PTSD diagnosis after deployment. The study involved an in-depth analysis of two groups of active duty marines from July, 2008 to October, 2013. The marines were assessed twice – the first assessment was done one to two months before combat deployment, and the next was done four to six months after they returned from the battlefront. After taking into consideration deployment-related combat exposure, the researchers found that U.S. marines who had a reduced HRV prior to deployment were more prone to developing PTSD upon return.

According to Professor Arpi Minassian, first author of the study and a clinical professor of psychiatry at UC San Diego School of Medicine, while the evidence is preliminary and modest, it does suggest that if the autonomic nervous system is altered, it may contribute to vulnerability and resilience to PTSD. Of course, the team is aware that other known risk factors, such as combat exposure and preexisting stress and trauma symptoms, do play a role in PTSD.

The researchers hope that by addressing the biology of the autonomic nervous system in the future studies, newer opportunities for preventing PTSD may spring forth.