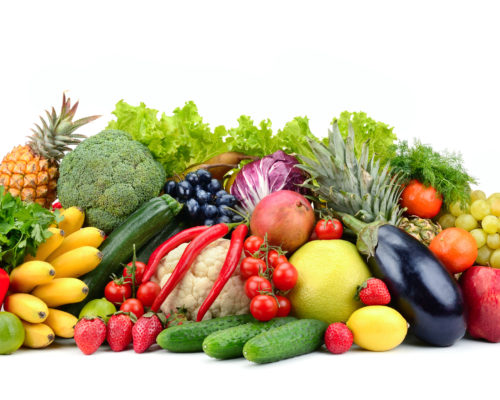 “This may also partly explain the findings associated with body composition measures. As levels of total body fat increased beyond 36%, the likelihood of anxiety disorder was increased by more than 70%,” states co-author Jose Mora-Almanza.

For the study, Davison and her team analyzed data from the Canadian Longitudinal Study on Aging, which included 26,991 men and women between the ages of 45 and 85. Researchers found that in addition to diet and body composition measures, anxiety disorders can also differ by gender, marital status, immigrant status, income, and other various health issues. It was also found that women suffered from anxiety disorders more than men. One in nine women had the disorder compared to one in fifteen men.

Also, those who had always been single had a much higher prevalence of anxiety than among those were living with a partner. Patients with household incomes under $20,000 per year had anxiety disorders, more than double of their wealthier peers.

“We were not surprised to find that those in poverty had such a high prevalence of anxiety disorders; struggling to afford basics such as food and housing causes relentless stress and is inherently anxiety-inducing,” says co-author Hongmei Tong, Assistant Professor of Social Work at MacEwan University in Edmonton.

Researchers do stress that this study was limited as the assessment of anxiety disorders was based upon self-reporting of a medical diagnosis. Regardless, the conclusion of the study found sufficient evidence to suggest that the consumption of fruits and vegetables along with marital status, income, gender, and other various health issues can contribute to anxiety. It is estimated that 10% of the global population will suffer from anxiety disorders, so research is necessary to help understand treatment and preventative measures.