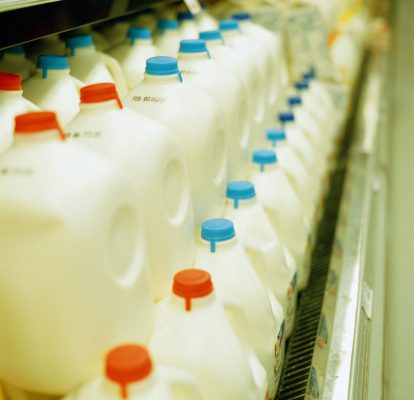 Milk is a creamy and refreshing beverage that’s packed with vitamins and nutrients to help strengthen bones. Whole milk is known for containing moderately high amounts of fat, steering people to choose its low-fat counterpart. However, according to new research, low-fat dairy foods may be tied to a slight risk of developing Parkinson’s disease.

A correlation was found

“It is important to note that the risk of Parkinson’s disease is still low, even among people in our study who consumed higher amounts of low-fat dairy or milk,” said study author Katherine Hughes, a researcher at the Harvard T.H. Chan School of Public Health in Boston.

The study analyzed approximately 130,000 men and women. Every four years, their dietary habits were tracked as well as the number of people who developed Parkinson’s disease.

Parkinson’s is a long-term neurodegenerative disease that mainly affects the central nervous system. Typical symptoms include tremors, slowness, impaired balance, and rigidity of the muscles.

The study found that out of the 5,830 people who consumed at least three servings of low-fat dairy per day, 60 developed Parkinson’s. That’s roughly one percent over a 25-year period.

They also found that of the 77,000 people who consumed less than one serving of low-fat dairy per day, 483 developed Parkinson’s.

Other factors may be at play

The researchers stress that while they did control for other factors affecting Parkinson’s risk, there could still be other factors that have been overlooked, affecting the result. The study was an observational one and was not designed to prove a “cause and effect” relationship.
Interestingly, the researchers did not find a link to Parkinson’s disease in those who consumed full-fat or whole milk. They hypothesize that saturated fats found in high-fat dairy could provide a protective effect.

The researchers explained that milk protein reduces a substance in the blood called urate. Lower levels of this waste product are linked with a lower risk of Parkinson’s disease.

While the data from this study may be shocking, it is important to put this increased risk into perspective. While an increase in risk was found, these findings are still considered preliminary, and the effects observed were only modest.

“I would suggest people not alter their diets dramatically,” Beck said. “This is a modest increase in risk for a disease that, when you look at the general population, is still relatively rare.”