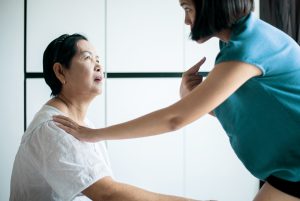 New research published in the journal Evidence Based Mental Health suggests that low folate levels in the blood may be linked to a higher risk of dementia and death in older people. It is estimated that up to one in five older adults are wholly deficient.

For the study, researchers wanted to see if serum folate deficiency may be linked to dementia and death from any cause in a large national sample of older adults. They analyzed the medical records of 27,188 people in Israel. All participants were between the age of 60 and 75 and had no pre-existing dementia for at least ten years before the complete eight checks began in 2013.

After accounting for any influential factors that may interfere with results, including diabetes, cognitive decline, depression, vitamin B12 deficiency, smoking, and folic acid supplements, the outcomes were displayed. Researchers concluded that the folate-deficient were 68% more likely to be diagnosed with dementia and nearly three times as likely to die from any cause.

As an observational study, cause cannot be established. However, researchers believe folate deficiency may affect homocysteine levels. Therefore, the vascular risk of dementia compromises the DNA repair of neurons, making them vulnerable to oxidative damage. This may enhance brain cell aging and damage.

Taking care of brain function and mental health is essential as you age. Numerous factors can take a toll on the ability of the brain to function at peak potential, affecting memory, concentration, and overall cognitive function. As this study helps outline, it is vital to get the proper vitamins and nutrients needed to keep the brain healthy.