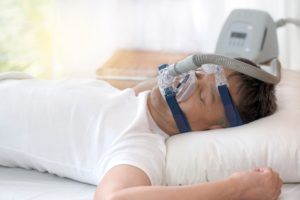 Tongue fat may be to blame for those suffering from Obstructive Sleep Apnea (OSA), according to a new study by Perelman School of Medicine at the University of Pennsylvania. Until this new research, it had been unclear as to why weight loss was an effective treatment for OSA.

Researchers discovered that improvements in sleep apnea symptoms appeared to be linked to the reduction of fat in the tongue by using magnetic resonance imaging (MRI). The findings published in the American Journal of Respiratory and Critical Care Medicine showed the effect of weight loss on the upper airway in obese patients by reducing tongue fat as a primary factor in lessening the severity of OSA.

“Most clinicians, and even experts in the sleep apnea world, have not typically focused on fat in the tongue for treating sleep apnea,” said Richard Schwab, MD, chief of Sleep Medicine. “Now that we know tongue fat is a risk factor and that sleep apnea improves when tongue fat is reduced, we have established a unique therapeutic target that we’ve never had before.”

It is estimated that twenty-two million Americans suffer from sleep apnea and many of those are obese or overweight. It is a serious health condition in which breathing repeatedly stops and starts, causing patients to wake up randomly throughout their sleep cycles. There are various known causes of OSA including obesity, having large tonsils, or a recessed jaw. Usually marked by loud snoring, sleep apnea can increase the risk of high blood pressure and stroke.

The study included 67 participants who were obese with mild to severe obstructive sleep apnea. Over a time period of six months, participants were required to lose approximately 10 percent of body weight through diet or weight loss surgery. It was found that sleep apnea scores improved by 31 percent after the weight loss intervention, as measured by a sleep study.

Previous to the weight loss intervention, the participants had MRI scans on both their pharynx and abdomens. Using a statistical analysis, changes between overall weight loss and reductions to the volumes of the upper airway structures were used to determine with structure led to the improvement in sleep apnea. It was found that a reduction in tongue fat volume was the primary link between sleep apnea improvement and weight loss.

Researchers also found that weight loss resulted in reduced muscle volume on the sides of airways called pharyngeal lateral wall. A reduction in the pterygoid jaw muscle that controls chewing was also noted. Both changes were also found to improve sleep apnea, but not to the same extent as the reduction in fat in tongue.

“Primary care doctors, and perhaps even dentists, should be asking about snoring and sleepiness in all patients, even those who have a normal body mass index, as, based on our data, they may also be at risk for sleep apnea,” Schwab said.