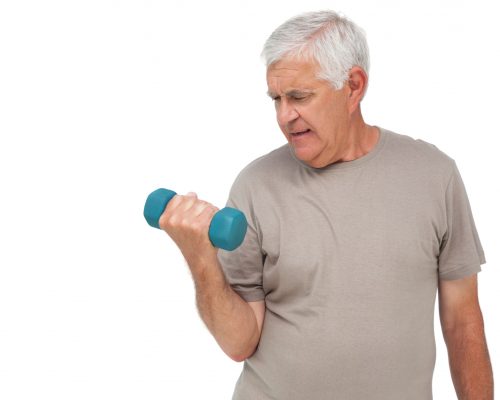 If you’re looking to build greater muscle mass, then taking longer rests in between your weight-lifting sets may be the trick. It has been long believed that shorter breaks between sets could promote muscle growth, but in fact this hinders it and damages the muscles.

The study included 16 males who completed weight training with either one- or five-minute breaks between the sets. Muscle samples were collected at zero, four, 24, and 28 hours after exercise and analyzed for myofibrillar protein synthesis (MPS).

In early exercise recovery, MPS increased 152 percent in men who took longer breaks in-between sets, compared to only 76 percent in men who took shorter breaks.
Study author Leigh Breen said, “With short rests of one minute, though the hormonal response is superior, the actual muscle response is blunted. If you’re looking for maximized muscle growth with your training program, a slightly longer interval between sets may provide a better chance of having the muscle response you’re looking for.”

“Over time, they may need to find ways to push beyond the plateau of muscle building that commonly occurs, and so may gradually decrease their rest periods. For experienced lifters, it’s possible that they may not experience the same blunted muscle building response to short rest intervals, particularly if they have trained this way for a prolonged period and adapted to this unique metabolic stress. Nonetheless, similar recommendations of two to three minutes between sets should help to ensure maximal muscle growth in well-trained individuals,” Breen concluded.