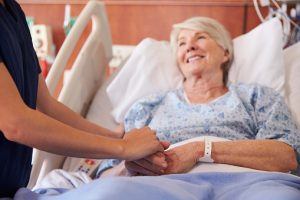 A recent study published in the Journal of the American Geriatrics Society has found that 23 percent of older adults who are sent to a post-acute care facility after hospital discharge are readmitted to the hospital within 30 days. A post-acute care facility is defined as a rehabilitation center or skilled nursing center, and approximately one-fourth of Medicare beneficiaries who are admitted to the hospital are sent to one of these facilities after being discharged.

This new research suggests that longer, more comprehensive hospital stays may be the key to reducing the rate at which patients are readmitted to hospital following their time in a post-acute care facility.

Researchers also found that individuals who had a shorter hospital stay were more likely to be readmitted earlier than those who had a longer initial stay, supporting the theory that seniors are being discharged “quicker and sicker.” This means that older adults that spent a shorter amount of time in a hospital may have been discharged while they were sicker than their counterparts who had longer stays, or were not given sufficient time to recover while under observation.
Faster rates of readmission were also found in individuals who had originally been hospitalized due to pneumonia or heart attacks, lived in a rural area, and were discharged from smaller hospitals.

Researchers hope these findings will encourage hospitals to develop better strategies for ensuring their older patients are healthy enough at their time of discharge as well as open a dialogue between patients and their doctors to ensure that individuals are not discharged before they have fully recovered from their ailment.