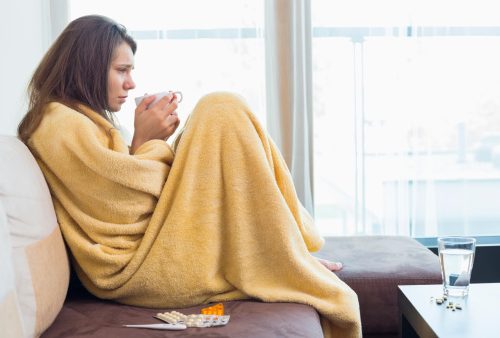 New research reveals the health of the liver plays a role in susceptibility in pneumonia. The findings come from Boston University School of Medicine.

Pneumonia is the leading infectious cause of death in children worldwide, according to the World Health Organization. In both children and adults, pneumonia is often associated with sepsis – the body’s own inflammation becomes infected. The infection causes pus-filled sacs to develop and causes the patient to cough. Other symptoms include fever, chills and a hard time breathing.

Researchers aimed to imitate sepsis occurring post-pneumonia. To do this models were treated with a bacterial product followed by live bacterial challenge in the lungs hours later.

One group had healthy livers and the other group were missing a gene that prevents the liver from working at its best. The liver lacking the gene was found to have higher susceptibility to pneumonia and sepsis.

There is evidence which reveals the link between pneumonia and sepsis and having one will typically bring on the other. Both conditions activate the liver to produce proteins which change in the blood.

Quinton said the study suggests the liver helps create and maintain immune responses in the lungs. He said that understanding how the two organs work together could be an important step to developing clinical treatments for patients at risk of pneumonia or sepsis.

Although testing is still early researchers suggest the findings reveal the role of the liver in pneumonia prevention as well as susceptibility.

“The idea that non-lung tissue could be targeted for treatments of lung disease is compelling,” said Quinton.

The findings were published in the journal Infection and Immunity.

Also, read Is pneumonia contagious? Types and symptoms of pneumonia