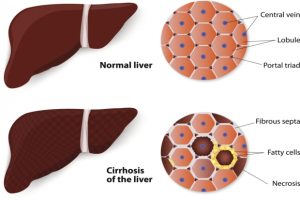 In case you missed it, catch up on Bel Marra’s liver cirrhosis update and discover the role played by liver fibrosis in the disease, as well as how to treat hepatitis C in liver cirrhosis patients and the symptoms and treatment of primary biliary cirrhosis.

Liver fibrosis or scarring, leading cause of liver cirrhosis can be prevented with asthma drug: Study

Liver fibrosis or liver scarring is a common cause of liver cirrhosis that experts now say could potentially be prevented with a drug normally used to help prevent allergies and asthma.

At least 30 million Americans have some form of liver disease. Some of these people suffer from liver fibrosis, which is the excessive buildup of scar tissue that can occur when inflammation and liver cell death occurs in many different types of chronic liver diseases. The liver scars when abnormal areas of cells form as dying liver cells are replaced by regenerating cells. Continue reading… 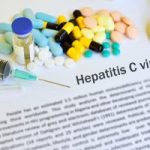 In its early stages, damage caused by hepatitis C to the liver is referred to as fibrosis. As liver damage progresses, the damage becomes irreversible and is known as cirrhosis.

Roughly five to 20 percent of hepatitis C patients will go on to develop cirrhosis of the liver within a 20- to 30-year time span.

Currently, the only treatment for cirrhosis of the liver is a liver transplant. Continue reading… 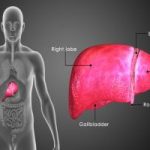 When the bile ducts become destroyed, harmful substances start building up in the liver, contributing to irreversible scarring.

PBC is considered an autoimmune disease, as the body’s cells turn against its own tissues, causing the damage. As with many autoimmune diseases, the exact cause is unknown, but researchers believe it may be a combination of genetic and environmental factors. Continue reading… 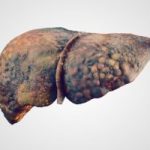 Primary biliary cholangitis (previously known as primary biliary cirrhosis or PBC) is a type of autoimmune liver disease. The autoimmune condition causes damage to the liver bile ducts, leading to symptoms such as fatigue, poor memory, liver fibrosis, and even liver failure.

Scientists have developed a new test to better detect patients who are at risk for PBC.

Currently, only 70 percent of patients will respond to PBC treatment, while 30 percent do not, which is often determined only after a year of treatment.
With the new test, the researchers have identified a gene signature related to the immune response in the liver tissue of high-risk patients.
The researchers used the NanoString nCounter digital expression platform to quickly screen liver biopsies for this gene signature. Continue reading… 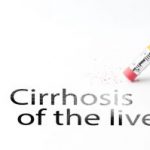 Possible complications of cirrhosis of the liver

The liver is a vital organ in the body because of the hundreds of functions it performs. Some of these functions include taking up and storing nutrients from food, making new proteins, producing bile, and removing waste.

The liver is the only organ that can regenerate itself, but if scarring is severe, it is unable to heal, so it deteriorates over time. As cirrhosis gets worse, the liver failure sets in. Continue reading…