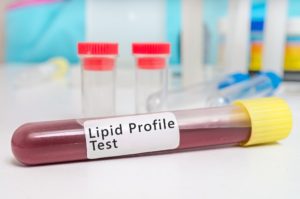 The researchers discovered that the lipids – known as eoxPL – promote the development of abdominal aortic aneurysms, which cause the aorta to become inflamed and ruptured. This results in uncontrolled internal bleeding, which can lead to death within minutes. An estimated two in 10 patients with abdominal aortic aneurysm survive. Aneurysms are often not detected until they rupture and even when detected early on, treatments are limited. Men over the age of 65 are at the highest risk.

Lead researcher Professor Valerie O’Donnell explained, “After discovering new lipids that promote blood clotting we wondered if they also played a part in AAA, as we know the condition is linked to blood clotting. Our research found that these lipids in circulating blood cells did promote AAA formation in the vessel wall because they directly regulate blood clotting. Unexpectedly, when administered into the blood system, the same lipids were also found to have preventative properties because rather than being made by circulating blood cells in the vessel wall they instead mop up clotting factors, causing them to be removed from circulation and preventing disease.”

It is rare for an abdominal aortic aneurysm to be uncovered before rupturing. Screening for this condition is done with a 15-minute ultrasound.

Now that researchers have a better understanding of the lipids involved in abdominal aortic aneurysms, possible treatment can start to be created to help prevent the buildup of these lipids.