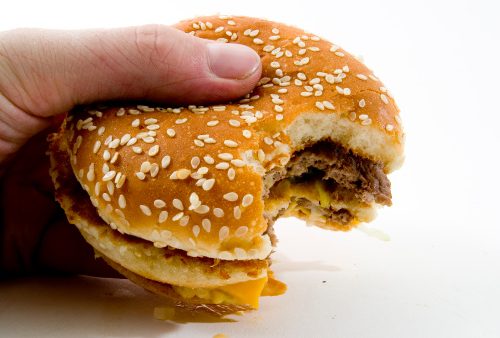 Yale researchers have found a link, and possible solution, between overeating and depression; those who overeat or are stressed are at an increased risk of depression and anxiety.

The researchers found that the anesthetic ketamine reverses depression-like symptoms in rats that were fed high-fat diets. Senior author, Dr. Ronald Duman, said, “The effects of a high-fat diet overlap with those of chronic stress and could also be a contributing factor in depression as well as metabolic disorders, such as type 2 diabetes.”

Yale researchers previously found that the drug ketamine has potential to significantly reduce depression symptoms in patients who are resistant to antidepressants. It has been found to activate the mTORC pathway, which regulates synthesis of proteins involved in the creation of synaptic connections within the brain, which become damaged from depression and stress.

This pathway also plays a role in metabolic syndromes, such as type 2 diabetes, which put diabetics at greater risk for depression as well. The researchers were curious if diet would play a role in behavior and fed rats high-fat diets. After four months pathways were found to be disrupted, and the rats showed signs of depression and anxiety.

The researchers found that a low dose of ketamine reversed symptoms of depression and anxiety quickly without disrupting the mTORC pathway.

The researchers cautioned that ketamine dosages require further study as its effects are not fully understood, so more research needs to be conducted.