Home » Health News » Liking on Facebook good for stress, being liked not so good 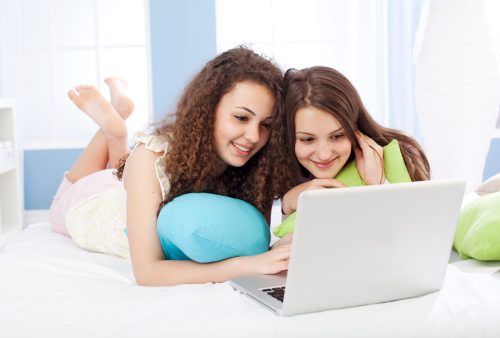 Facebook has been found to have positive and negative effects on a teen’s stress; liking posts on Facebook is good for stress but being liked may be harmful. The findings come from the University of Montreal and the Institut Universitaire de Santé Mentale de Montréal. The findings revealed that having over 300 friends increased a teen’s cortisol – stress hormone – levels. Yet, if teens were supportive of their friends – liking their posts for example – their cortisol levels dropped.

The research team recruited 88 participants between the ages of 12 and 17 and asked them about their Facebook use, number of friends, self-promoting behavior and their supportive behavior towards their friends – liking, commenting, etc. Cortisol levels were also collected from the teens four times a day for three days.

Lead researcher, Professor Sonia Lupien, Ph.D., said, “While other important external factors are also responsible, we estimated that the isolated effect of Facebook on cortisol was around eight percent,” Lupien said. “We were able to show that beyond 300 Facebook friends, adolescents showed higher cortisol levels; we can therefore imagine that those who have 1,000 or 2,000 friends on Facebook may be subjected to even greater stress.”

Other research has shown that high morning cortisol levels in 13-year-olds increases the risk of suffering from depression when they are 16 by 37 percent. None of the participants suffered depression at the time of the study, but Lupien could not rule out that they may have an increased risk of depression later on. She explained, “We did not observe depression in our participants. However, adolescents who present high stress hormone levels do not become depressed immediately; it can occur later on. Some studies have shown that it may take 11 years before the onset of severe depression in children who consistently had high cortisol levels.”

“The preliminary nature of our findings will require refined measurement of Facebook behaviors in relation to physiological functioning, and we will need to undertake future studies to determine whether these effects exist in younger children and adults. Developmental analysis could also reveal whether virtual stress is indeed ‘getting over the screen and under the skin’ to modulate neurobiological processes related to adaptation,” Lupien concluded.

The findings were published in Psychoneuroendocrinology.