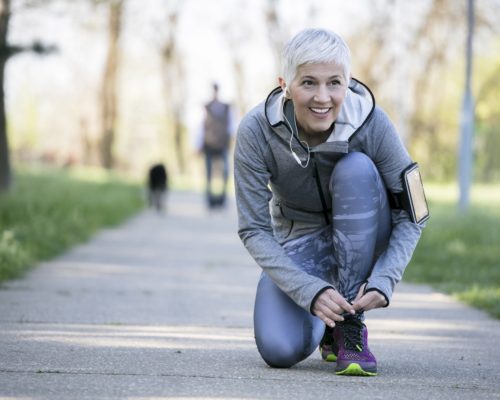 Research from a recent study has shown that light physical activity may help with brain aging. Nicole Spartano of the Boston University School of Medicine and colleagues explained in JAMA Network Open that the human brain typically shrinks in older age. The volume typically declines about 0.2 percent per year by age 60. It is known that excessive shrinking is linked to cognitive problems.

The study consisted of 2,354 middle-aged volunteers who were to wear a small accelerometer for between three to eight days to measure their energy expenditure and step counts. The researchers also used magnetic resonance imaging to look at participants’ brain volume in relation to their skull volume.

The research showed that each additional hour of light physical activity was associated with 0.22 percent higher brain volume. It was also shown that spending 10 to 19 minutes per day in moderate-intensity physical activity, like brisk walking, was linked with 0.29 percent higher brain volume. This was compared to averaging less than 10 minutes per day.

Nicole Sparto spoke with Reuters about the findings, saying, “There shouldn’t be very much extra space in the skull that is not filled by brain tissue. If we see lots of extra space than this suggests that the brain may have atrophied or shrunk and is linked to dementia.”

Sparto and her colleagues also noted that finding the lowest levels of physical activity were linked with smaller brain volume even in middle age suggests that “some adults may enter older age with lower brain volumes, putting them at a disadvantage for maintaining this already depleted tissue.”

They did conclude that an estimation could be made that each additional hour of light-intensity physical activity could be associated with approximately 1.1 years less brain aging. They did, however, caution that because participants were relatively young, this estimate might not be accurate. They also noted the link between step counts, activity levels, and brain volume was not consistent, and there was a smaller benefit seen at the highest levels of exertion.

A professor of neuropsychology at the Columbia University Medical Center in New York City who was not involved in the research warns that the study only looked at brain volume and not whether different amounts of physical activity translate into real-life benefits in cognitive function or reduced risk of dementia. This just shows that more research is needed to confirm the findings of the study, but it is a step in the right direction of finding out how physical exercise can help with brain health as we age.