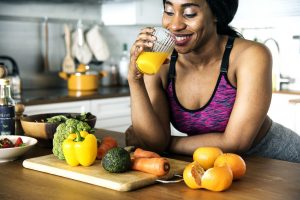 Many studies have shown that heart health can depend a lot on diet, exercise and sleep patterns. Although research has shown the beneficial interaction between the brain, lifestyle, and cardiovascular health, what is not known is how exactly these factors affect other bodily functions.

Genetics do play an important role in cardiovascular health. Still, as research has shown over the past several years, four major risk factors have been identified as contributing factors. Sleep problems, stress, diet, and sedentary lifestyle have all been identified as contributing to atherosclerosis, commonly referred to as hardening of the arteries.

Researchers have now set out to determine why these factors alter the tissue on the cellular and molecular level.

“The goal is to discover pathways to design therapeutic approaches and also change health policy,” said Filip K. Swirski, director of the Cardiovascular Research Institute at the Icahn School of Medicine at Mount Sinai.

Taking it down to a cellular level, researchers examined the movements of different blood components associated with the immune system during induced acute stress and the recovery following.

They found that in response to stress, the levels of neutrophils appeared to increase in the liver, lungs, and spleen. However, a decrease has been found in the bone marrow. Researchers believe the sources of neutrophils may be coming from the bone marrow and that they’re mobilizing very quickly to other organs.

Two other components, B and T cells, have been found to increase in bone marrow under acute stress. Mass migration of B and T cells into the bone marrow is due to them trying to find a safe haven in times of stress until they can return to the blood.

Additional research is needed to understand the mechanisms for these changes. Stress centers in the brain are likely the driving factor behind these large-scale shifts. Ongoing studies on mice are suggesting that two primary stress centers of the brain seem to have different functions.

While these processes have evolved for reasons to benefit the body in times of stress, they can also be harmful. Ongoing research indicates that with repeated stress levels, the body must continuously jump into emergency mode. The two systems in the body, the immune system and the nervous system, are very intertwined. It may be affected individually by the stress response.

By including many healthy lifestyle choices, including diet, exercise, and healthy sleep patterns, cardiovascular health can be improved, and events such as heart attacks can be prevented. As research has proven that stress can play a major role in cardiovascular health, these lifestyle choices can help to reduce stress, thereby improving heart health.