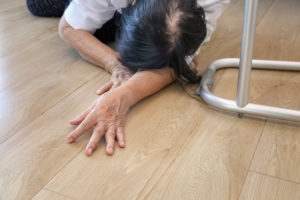 New research published in the journal Stroke shows how a change towards healthy lifestyles in middle-aged women can reduce the risk of stroke. The study by the National Institute of Health has found that they can reduce their risk by not smoking, exercising, maintaining a healthy weight, and making healthy food choices.

Generally, women are more likely than men to have a stoke, die from a stroke, and have less physical function after a stroke. Stroke happens to one in five women and one in six men and occurs when blood flow to the brain is blocked and brain cells begin to die. The average age of the first stroke in women is 75, so researchers believe that making mid-life lifestyle changes might help reduce the incidence of stroke among them.

Goodarz Danaei, Sc.D., lead study author and Bernard Lown Associate Professor of Cardiovascular Health at Harvard T.H. Chan School of Public Health in Boston spoke about the study. “We found that changing to a healthy lifestyle, even in your 50s, still has the potential to prevent strokes. Women who made lifestyle modifications in middle-age reduced their long-term risk of total stroke by nearly a quarter and ischemic stroke, the most common type of stroke, by more than one-third.”

For the study, researchers analyzed data from the Nurses’ Health Study. This group included nearly 60,000 women who enrolled at an average age of 52 and continued in the study an average of 26 years. Through questionnaires, Danaei and his team analyzed the impact on stroke risk from smoking cessation, exercising 30 minutes or more daily and gradual weight loss if women were overweight. They also looked at the impact of making recommended dietary modifications including eating more fish, nut, whole grains, fruits and vegetables, less meat. and alcohol.

Over the follow-up period, they found that 4.7% of women with no lifestyle changes suffered a stroke of any kind, 2.4% had an ischemic stroke, and 0.7% had a hemorrhagic stroke. It was shown that engaging in non-dietary interventions reduced the risk of overall stroke by 25% and ischemic stroke by 36%. It was also noted that sustained dietary modifications were estimated to reduce the risk of total stroke by 23%.

Researchers also noted that increasing fish and nut consumption and reducing red meat appeared to have positive impacts on reducing stroke risk. However, the degree of impact from these dietary changes was not as much as those achieved through increased physical activity, smoking cessation and maintaining a healthy weight.

Although this study had its limitations, researchers believe a lot can be taken from the outcome. Danaei said, “there are other studies to support that the proportional changes in stroke risk from lifestyle and dietary modifications may be generalizable to men. We also estimate that exercising 30 minutes or more daily may reduce the risk of stroke by 20%.”