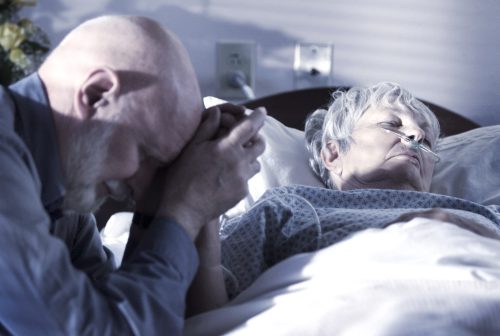 When we take an antibiotic, we assume that it’ll help us eliminate an infection within the body. Even if the antibiotic is not particularly effective, we think that we can at least feel safe knowing there is little chance the antibiotic will cause any side effects.

In fact, antibiotic use can cause an intestinal infection involving the bacterium Clostridium difficile (C. diff)—the most frequent healthcare-linked infection in the United States.

You may be wondering how drugs designed to kill bacteria can actually lead to an increased risk of bacterial infection. Your body harbors literally millions of bacteria in your gut that help with digestion and gastrointestinal balance. When we take an antibiotic, it kills off some of these bacteria, leading to an imbalance. It is this scenario that leads to an overgrowth of potentially life-threatening bacteria such as C. diff.

Each year, C. diff affects millions of Americans and causes tens of thousands of deaths. A new study conducted by researchers from the Perelman School of Medicine at the University of Pennsylvania have found evidence that recurring cases of this infection are becoming more common.

From 2001–2012, the researchers estimate that the annual incidence of recurrent C. diff infections has increased by almost 200 percent.

The reason for this increase is not known, but it’s thought to be attributed to an increased burden on the health care system and the increased demand for new treatments for recurrent C. diff cases.

The most promising treatment for patients that suffer from recurrent infections is fecal microbiota transplantation. This literally means transplanting stools with a balanced number of bacteria in the hopes of restoring the patient’s colonic microflora—the bacterial colonies of the gut.

“The increasing incidence of C. difficile being treated with multiple courses of antibiotics signals rising demand for fecal microbiota transplantation in the United States. While we know that fecal microbiota transplantation is generally safe and effective in the short term, we need to establish the long-term safety of this procedure,” said study senior author James D. Lewis.

One of the reasons why C. diff is a prevalent problem is because it is an encapsulated spore, making it easy for it to survive long periods of time and resistant to normal sterilizing procedures. It is one of the most common infections affecting hospital patients, causing diarrhea, severe gut inflammation, and sepsis—a potentially fatal blood infection.

The disturbing bacteria you are walking into your home