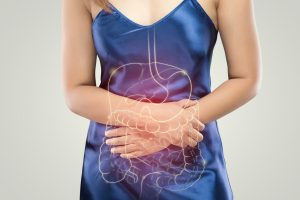 People with inflammatory bowel disease (IBD) may have a lower life expectancy, according to a new study published in CMAJ (Canadian Medical Association Journal). The study found that even while life expectancy increased in people with IBD, they still generally died sooner compared to people without the intestinal disease.

Inflammatory bowel disease (IBD) is a term used to describe two disorders that involve chronic inflammation of the digestive tract. These disorders are Crohn’s disease and ulcerative colitis. Crohn’s disease can affect any part of the intestinal tract (from the mouth to the anus), but it most often affects the portion of the small intestine before the large intestine/colon. Ulcerative colitis occurs in the large intestine (colon) and the rectum.

“The good news is life expectancy has increased in people with IBD, but there is still a gap between people with and without the disease,” said Dr. Eric Benchimol, a senior core scientist who was involved in the study. “However, people with IBD suffer from pain, which can negatively affect daily functioning and contribute to decreased health-adjusted life expectancy.”

For the study, researchers analyzed data from 83,672 people who had been diagnosed with IBD from 1996 to 2011. These people were matched with 418,360 people without IBD. It was found that in women with IBD, life expectancy increased by almost three years between 1996 and 2011. Among men, there was an increase of 3.2 years.

While there is still no evidence of why people with IBD have a shorter life expectancy, researchers explain that these patients are more likely to be diagnosed with cancer, heart disease, arthritis, and other conditions. This may be a key factor in the lower life expectancy.

While further research is needed to find the cause and effect of the secondary diseases in those with IBD, researchers stress that better pain-management strategies are needed. With the increasing prevalence of IBD, there is an increase in patients’ frequency of pain and its impact on health-related quality of life. Physicians need to offer alternative pain management treatments for those with inflammatory bowel disease (IBD).