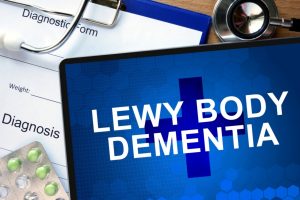 Lewy body dementia can be distinguished from Alzheimer’s disease and Parkinson’s disease by comparing clinical profiles. The study compared 21 patients with Lewy body dementia to 21 Alzheimer’s patients and 21 Parkinson’s disease patients. Patients were matched based on age, gender, education, race, cognitive impairment, and physical impairment, and were compared based on cognitive, functional, and motor measures.

Principal investigator Dr. Douglas Scharre explained, “Many clinicians find it difficult to diagnose Lewy body dementia patients, often confusing them and misdiagnosing them as Alzheimer¹s disease or Parkinson¹s disease patients. Our study findings showed that the clinical profiles of Lewy body dementia patients can be differentiated from Alzheimer’s and Parkinson’s patients. Since treatments and prognosis differ between these conditions, it’s important to correctly diagnose the patient from the start.”

Lewy bodies are collection of proteins that occur abnormally in the brain. They are not seen in Alzheimer’s disease, but may be found in other areas of the brain in Parkinson’s disease.

Dr. Scharre added, “It’s vitally important that patients are correctly diagnosed so that they can be prescribed the proper medications that may help slow down the course of the disease or improve symptoms.”