Home » Health News » Leading cause of blindness (AMD) could be delayed or prevented: Study 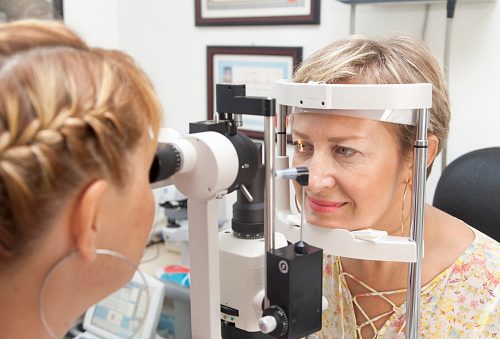 Researchers have found that a drug commonly used to treat Parkinson’s disease may be able to delay or even prevent the leading cause of blindness – macular degeneration. The findings are ground-breaking and the first of their kind to combat age-related macular degeneration (AMD).

AMD affects roughly 11 million Americans and impairs central vision. Although it can contribute to blindness, there are varying degrees; it can lead to severe difficulties while reading, driving or recognizing faces.

Eyes with darker pigment are more resistant to AMD and have higher levels of L-DOPA, a chemical found in drugs commonly prescribed to Parkinson’s patients. Researchers aimed to uncover if those drugs could also benefit those with AMD. After analyzing data the researchers found that those who took L-DOPA had a significantly smaller chance of developing AMD. They also found that in those who did develop AMD but took L-DOPA, the condition was delayed.
Senior author, Brian McKay, Ph.D., said, “Rather than looking at what might cause AMD, we instead wondered why certain people are protected from AMD. This approach had never been done before.”

The findings were based on data from 37,000 patients. The average age to receive L-DOPA was 67, and AMD diagnosis commonly occurred at 71. The findings were confirmed by reviewing data from 87 million patients. In the larger data L-DOPA even delayed AMD from progressing to its “wet” form, which is the most devastating form.

Stacy Pagos Haller, BrightFocus Foundation president and CEO, said, “This exciting breakthrough shows the power of scientific discovery to give hope to millions of people across the nation and the world. Their methodology is a reminder that ‘big data’ is not a buzzword – it is a bold and innovative new approach to science.”

The team will move forward to conduct more clinical trials and create a drug to prevent AMD.