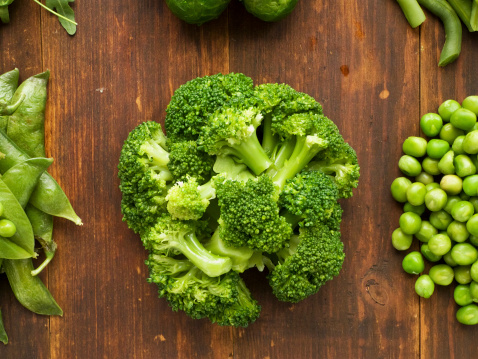 LDL cholesterol levels in the blood can be reduced by adding an enriched broccoli variety into your diet. The findings of the study uncovered that LDL cholesterol was reduced by six percent when a new variety of broccoli was introduced. The novelty was bred to contain two to three times more of glucoraphanin, a naturally occurring compound.

The researchers gave 130 volunteers 400 g of the new broccoli to add into their diet. After 12 weeks, they measured LDL cholesterol levels and saw an average of six percent decline.

Glucoraphanin works by helping the body re-tune cellular metabolism. It is converted in the body to sulforaphane, another compound in cruciferous vegetables like broccoli. Sulforaphane turns on specific genes to activate our body’s defense mechanisms, rebalancing the metabolism away from the production of LDL cholesterol.

Other food ingredients noted to help lower LDL cholesterol include beta-glucans in oats and plant stanols.

Oatmeal contains soluble fiber, which binds to cholesterol and prevents it from being absorbed into your bloodstream. Soluble fiber also helps to reduce your low-density lipoprotein (LDL) cholesterol levels. This is important because LDL is considered the bad, unhealthy cholesterol, the type that clogs your arteries and increases your risk for heart attack and stroke. For optimum results, consume 1 ½ bowls of oatmeal per day.

Multiple studies have confirmed that soy helps to lower the unhealthy triglyceride and LDL cholesterol levels, while raising the healthy high-density lipoprotein (HDL) cholesterol levels at the same time. According to research, the flavones found in soy help to reduce the risk of cardiovascular disorders such as heart attack and stroke by preventing the blood flow reduction contributing to these disorders. For optimum results, the FDA recommends consuming 25 g of soy protein per day. Soy milk, tofu, and fermented soy products such as miso and tempeh are all great sources to include in your diet.

Cold-water fish such as salmon, mackerel, trout, sardines, herring, halibut, and tuna are all excellent sources of omega-3 fatty acids. Omega-3s help to lower your risk of heart attack, stroke, and other cardiovascular disorders, because they decrease platelet aggregation, lower inflammation, increase HDL cholesterol levels, reduce triglycerides, and lower blood pressure. In fact, according the University of Maryland Medical Center, consuming just two servings of these fish per week can not only lower cholesterol but also lower your stroke risk by as much as 50 percent.

Consuming almonds and nuts in moderation can help you to reduce your cholesterol levels and keep your blood vessels healthy. The FDA recommends eating 1.5 ounces per day, which amounts to approximately one handful of almonds, hazelnuts, peanuts, pecans, pine nuts, pistachios, or walnuts. However, be sure that you choose plain, unsalted (and raw) nuts whenever possible.

Onions contain two powerful nutrients that help to lower cholesterol levels: sulfur and chromium. According to a study conducted on rats and published in The Journal of Nutrition, when rats were fed a diet with sulfur-containing amino acids, their serum cholesterol levels decreased measurably. Research has also found that the chromium present in onions helps to prevent elevated triglyceride levels and support heart health, thereby reducing your risk of heart attack and stroke.

Olive oil contains potent antioxidants that can help to prevent free radical-induced damage to your cardiovascular system. It has also been found to lower the unhealthy LDL cholesterol levels. For optimum results, consume two tablespoons per day and choose products that say “extra virgin” and “cold pressed” on the bottle. Also note that olive oil should be stored in an air-tight container in a dark place. Finally, heating olive oil has been found to destroy many of its antioxidant and heart protective properties, so it is best to consume right from the bottle, as a salad dressing or marinade, for instance.

Studies suggest that eating apples daily will help to lower your cholesterol levels and thus reduce your risk of heart attack and stroke. Apples are so beneficial because they contain a soluble fiber called apple pectin, which helps to draw cholesterol out of your system and safely remove it. Apples also contain antioxidant-dense nutrients called “flavonoids,” which have been found to prevent LDL cholesterol from accumulating in your bloodstream. In fact, a recent study conducted at Florida State University found that that eating just one apple a day for a year reduces LDL levels by an average of 23 percent.