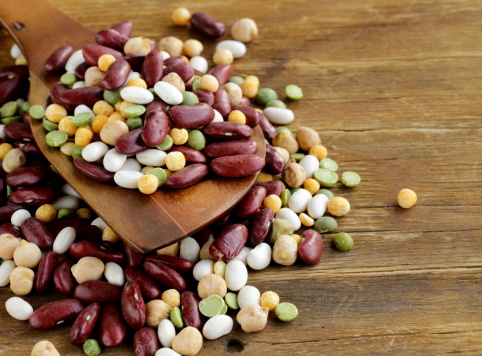 LDL “bad” cholesterol can be lowered by five percent with a daily serving of beans, peas, chickpeas, or lentils. The researchers at St. Michael’s Hospital in Toronto, Canada, found that just one serving of pulses is enough to lower bad cholesterol and reduce your risk of heart disease. Based on their current eating habits, Americans would have to double their existing pulse intake to reach the adequate amount.

The recommended serving of beans, pea, chickpeas, or lentils – collectively known as pulses – is 130 grams, or ¾ cup, but as a rule, Americans only consume roughly half of that. Pulses have a low glycemic index, meaning, they break down slowly and are a good source of protein to help you reduce your intake of animal protein, which is often associated with higher LDL cholesterol.

Lead researcher Dr. John Sievenpiper said, “Canadians have a lot of room in their diets for increasing their pulse intake to derive the cardiovascular benefits. Only 13 percent consume pulses on any given day. Pulses already play a role in many traditional cuisines, including Mediterranean and Indian. As an added bonus, they’re inexpensive.”

Oatmeal contains soluble fiber, which binds to cholesterol and prevents it from being absorbed into your bloodstream. Soluble fiber also helps to reduce your low-density lipoprotein (LDL) cholesterol levels. This is important because LDL is considered the bad, unhealthy cholesterol, the type that clogs your arteries and increases your risk for heart attack and stroke. For optimum results, consume 1 ½ bowls of oatmeal per day.
Soy

Multiple studies have confirmed that soy helps to lower the unhealthy triglyceride and LDL cholesterol levels, while also raising the healthy high-density lipoprotein (HDL) cholesterol levels. The flavones found in soy help to reduce the risk for cardiovascular disorders such as heart attack and stroke by preventing the reduction in blood flow that contributes to these conditions. For optimum results, the FDA recommends consuming 25 g of soy protein per day. Soy milk, tofu, and fermented soy products such a miso and tempeh are all great products to include in your diet. 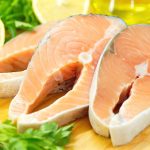 Cold-water fish such as salmon, mackerel, trout, sardines, herring, halibut, and tuna are all excellent sources of omega-3 fatty acids. Omega-3s help to lower your risk for heart attack, stroke, and other cardiovascular disorders, because they decrease platelet aggregation, lower inflammation, increase HDL cholesterol levels, reduce triglycerides, and lower blood pressure. In fact, according the University of Maryland Medical Center, consuming just two servings of these fish per week can lower cholesterol as well as your stroke risk (the latter, by as much as 50 percent).

Consuming almonds and nuts in moderation can help you to reduce your cholesterol levels and keep your blood vessels healthy. The FDA recommends eating 1.5 ounces per day, which amounts to approximately one handful of almonds, hazelnuts, peanuts, pecans, pine nuts, pistachios, or walnuts. However, be sure that you choose plain, unsalted nuts (and raw when possible).

Onions contain two powerful nutrients that help to lower cholesterol levels: sulfur and chromium. According to a study conducted on rats and published in The Journal of Nutrition, when rats were fed a diet with sulfur-containing amino acids, their serum cholesterol levels decreased measurably. Research has also found that the chromium present in onions helps to prevent elevated triglyceride levels and support heart health, thereby reducing your risk for heart attack and stroke.

Olive oil contains potent antioxidants that can help to prevent free radical-induced damage to your cardiovascular system. It has also been found to lower the unhealthy LDL cholesterol levels. For optimum results, consume two tablespoons per day and choose products that say “extra virgin” and “cold pressed” on the bottle. Also note that olive oil should be stored in an air tight container in a dark place. Finally, heating olive oil has been found to destroy many of its antioxidants and heart protective properties, so it is best to consume right from the bottle, as a salad dressing or marinade, for instance.

Studies suggest that eating apples daily will help to lower your cholesterol levels and thus reduce your risk for heart attack and stroke. Apples are so beneficial because they contain a soluble fiber called apple pectin, which helps to draw cholesterol out of your system and safely remove it. Apples also contain antioxidant-dense nutrients called “flavonoids,” which have been found to prevent LDL cholesterol from accumulating in your bloodstream. In fact, a recent study conducted at Florida State University found that eating just one apple a day for a year reduces LDL levels by an average of 23 percent.

Healthy recipes to add more beans to your menu 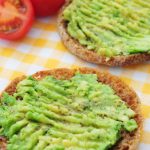 A white bean puree provides the protein in this healthy recipe. This easy recipe has all the fixings that make for a satisfying lunch or dinner, especially if served with a cup of hot soup.

Instead of cooking the noodles separately, boil them right in the same broth as your vegetables, which will then become the nutritious sauce for the dish. Serve with a side of salad for a complete meal.

Instructions:
Heat the olive oil in a large dutch oven over medium heat. Add the onion, garlic, and sage leaves. Cook until softened, about three minutes. Pour in the broth and wine. Bring to a boil and toss in the macaroni, cauliflower, and squash. Stir occasionally to prevent sticking and cook about 10 minutes, until the pasta is almost tender. Add the chickpeas and cook another five to 10 minutes, until the pasta is soft and most of the liquid is reduced. Season to taste.

Make healthy eating a snap with this dish influenced by the flavors of Italy. If you like a bit of crunch, sprinkle toasted pine nuts over the top of each plate.

Heat the olive oil in a large sauce pan over medium heat and sauté the spinach until wilted. Stir in the garlic and cook just a minute or two, stirring to prevent the garlic from burning. Pour in the vegetable broth, beans, and vinegar. Simmer for five to 10 minutes, until broth reduces by three-quarters and thickens slightly from the starch in the beans. Stir in the pasta and parmesan. Season to taste with salt and pepper.