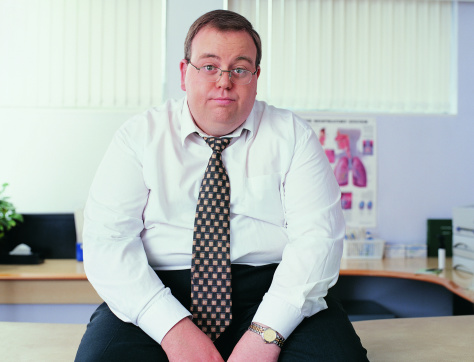 Professor John Mathers, at the Newcastle University, said, “In addition, in men, there is now evidence that increasing waist circumference in middle age is associated with increased bowel cancer risk.” The researchers studied men and found that with an increase of 10 cm in waist circumference in a 10 year span, the men’s risk of colorectal cancer increased by 60 percent. Mathers added, “This increased cancer risk may be due to persistent inflammation in people with obesity.”

Mathers said, “There is now compelling evidence that improved lifestyle, particularly better dietary choices and being more physically active, can help to prevent obesity and this will lower bowel cancer risk.” Although further study is required, it may be possible that by losing weight a person could reduce their risk of colorectal cancer. Professor Mathers did discover that daily use of aspirin was effective in reducing the risk in obese patients, possibly due to its anti-inflammatory effects. “This is a very intriguing finding, which suggests that dietary and other anti-inflammatory agents might be beneficial in reducing CRC risk in people with obesity,” Mathers added.

He concluded, “Bowel cancer is strongly associated with age, obesity and diet – and is driven by inflammation. We can now give the public clear advice on the benefits of staying physically active, eating a healthy diet and avoiding weight gain to lower CRC risk as we get older.”