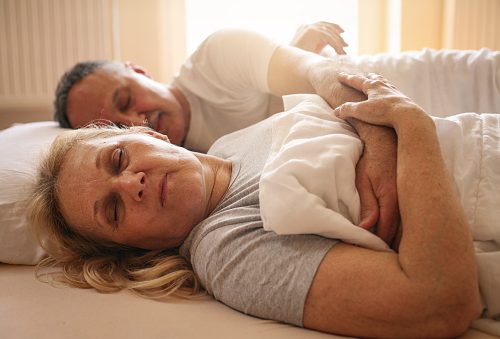 To some, sleeping is a massive waste of time. In fact, much of today’s culture revolves around forgoing sleep and staying up as long as possible. With that said, people have labeled those who sleep a lot as lazy or unproductive, giving sleep an overall negative connotation. However, sleep is vital for our health, and a new study has shed more light on its importance. It was found that getting less than six hours of sleep a night may double your odds of dying from heart disease or stroke if you have existing risk factors.

The seriousness of metabolic syndrome

Researchers found that individuals with metabolic syndrome were at an increased risk. This condition encompasses an array of different conditions including high blood pressure, high LDL levels, high blood sugar, obesity, high triglycerides, and low HDL. People that have at least three of the mentioned conditions have metabolic syndrome. It is estimated that 35 percent of all U.S. adults have this syndrome, 50 percent of whom are 60 years or older.

Those with metabolic syndrome are at risk for developing diabetes and heart disease, with a lack of sleep found to possibly exacerbate the condition. The researchers think that if these individuals were to get proper sleep, that may have a better prognosis.

The researchers stress that lack of sleep and risk of dying in metabolic patients was not found to have a direct correlation, but instead, just an association was observed.

“From a behavioral, lifestyle standpoint, it could be that those people with metabolic syndrome and short sleep also are more sedentary and have poorer diet, two factors which we could not account for in our study,” said study lead researcher Julio Fernandez-Mendoza.

The study in question randomly selected more than 1,300 men and women with an average age of 49. The participants spent one night in a sleep laboratory. Of the all the patients evaluated, 39 percent had at least three risk factors for metabolic syndrome. During the 17 years that subjects were followed for, 22 percent died.

The researchers found that people with metabolic syndrome who didn’t get at least six hours of sleep were about two times more likely to die from heart disease or stroke compared to those without who got a similar amount of sleep hours.
Metabolic syndrome patients also had a 1.5 times increased risk of these outcomes if they slept more than six hours

“If you have several heart disease risk factors, taking care of your sleep and consulting with a clinician if you have insufficient sleep is important if you want to lower your risk of death from heart disease or stroke,” said Julio Fernandez-Mendoza.

More research into this domain is needed, as this was simply an observational study. The results are insufficient to make any broad conclusions for lack of sleep and mortality risk. The study was also limited to only one day of sleep lab results and had few participants representing various minority groups.