Home » Health News » Is This the Reason You’re Living with Pain? 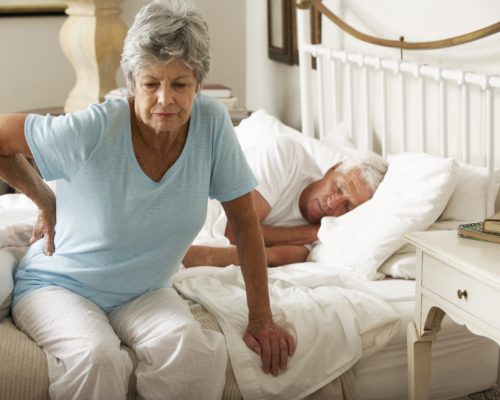 What came first, the chicken or the egg? If you think about that argument, there are valid points to support either side. The same type of argument can also be made when it comes to poor sleep and pain. Does poor sleep contribute to pain, or does living with pain rob you of your sleep?

It has been observed that living with pain can make sleeping difficult, and other studies have suggested that not sleeping well can worsen pain. But will we ever know which is really responsible for the other?

Senior author of the latest study, Matthew Walker, explained, “If poor sleep intensifies our sensitivity to pain, as this study demonstrates, then sleep must be placed much closer to the center of patient care, especially in hospital wards.”

In his latest study, Walker’s team applied uncomfortable levels of heat to the legs of two dozen young adults while having their brains scanned. The researchers found that neural mechanisms that pick-up pain signals, evaluate them, and activate natural pain relief become disrupted when a person has endured insufficient sleep.

The hypothesis that sleep deprivation would contribute to greater pain was proven through their test. But what surprised the researchers was ramped-down activity in the nucleus accumbens, which is a region of the brain’s reward center. Here there is an increase of dopamine, which helps relieve pain. Walker added, “Sleep loss not only amplifies the pain-sensing regions in the brain but blocks the natural analgesia centers too.”

After a sleepless night, activity in the brain’s somatosensory cortex – the area where pain signals are received – increased by 126 percent.

A slowing down in the insula also occurred. This is where pain is evaluated and contextualized in the body.

Ph.D. student Adam Krause added, “This is a critical neural system that assesses and categorizes the pain signals and allows the body’s own natural painkillers to come to the rescue.”

The researchers then surveyed over 230 adults about their nightly sleep and pain levels during day-to-day activity. The findings revealed that even minor shifts in sleep were enough to change pain sensitivity. “The results clearly show that even very subtle changes in nightly sleep — reductions that many of us think little of in terms of consequences — have a clear impact on your next-day pain burden,” added Krause.

Although we may not know what caused what, it is clear that there is a link between sleep and pain. Therefore, if you suffer from pain, it would be wise to improve your sleep. If you want to reduce your pain sensitivity, then aim for a good night’s rest.