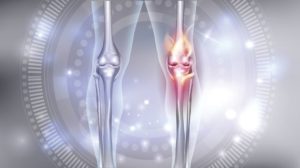 We often think of massages as a romantic activity, performed between partners as an intimate gesture. The reality is that massage therapy is just that: a form of therapy that helps to reduce muscle strain and tenderness. Further, massage can be used to treat any number of conditions causing chronic pain, such as arthritis or osteoarthritis, which affects more than 30 million people in the United States.

New research suggests that massages might actually be able to help osteoarthritis patients to reduce their symptoms of pain and increase their mobility. “Massage therapy is one of the most popular complementary medicine interventions,” said the study’s lead author Adam Perlman. “At a time when people are looking for effective non-medication options for pain, this study provides further evidence that massage has a potential role, at least for those suffering with osteoarthritis.”

The researchers recruited 200 osteoarthritis patients for the study. The participants were divided into three experimental groups based on the type of therapy they were assigned to receive. One group received a weekly, one-hour, full body massage for an eight-week period. The second experimental group participated in a light-touch control treatment and the control group were instructed to continue their regular treatment plan.

After the initial eight-week period of treatment, the participants were randomly reassigned to one of the three therapy groups for the longer follow-up period of a year. Some participants may have remained in the same group to which they were initially assigned, but others were assigned to a new group to receive a different type of therapy for the remainder of the study period.

Weekly Massage the Most Effective Therapy for Osteoarthritis

Every two months, the researchers assessed the participants using the Western Ontario and McMaster Universities Osteoarthritis Index, which measures pain, stiffness, and functional limitations, including a patient’s ability to climb stairs, stand up from sitting or lying down, bend, walk, and get out of a car.

At the initial eight-week point, participants in the massage group showed better scores on the index questionnaire than those in either of the other two groups. The therapy helped to improve their pain, stiffness, and physical function.

Interestingly, after the 52-week follow up period had finished, the researchers noted that the participants in the massage group maintained the benefits achieved within the first eight weeks but did not show any additional improvements or new benefits received from the therapy.

At the 52-week mark, there were no significant changes between all three groups. This indicates that massage therapy may offer the same benefits as other therapies but at a faster rate.

For the future, medical practitioners treating patients newly diagnosed with osteoarthritis may want to recommend a course of massage therapy as the initial treatment plan, followed by a continued use of pain medications or other standard therapies to maintain the benefits sustained from the massage therapy. Future research will be needed to fully understand how massage can be implemented into treatment for osteoarthritis patients.