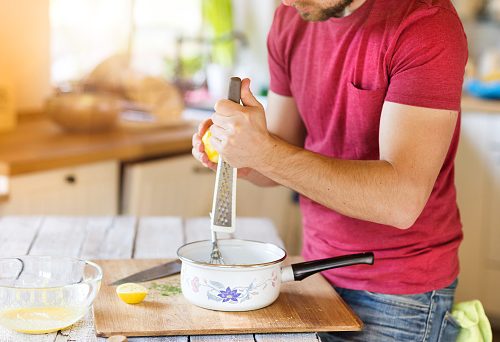 Researchers from the University of Georgia found that contaminated food items can spread bacteria through the use of kitchen knives and graters. The study reveals that many consumers are unaware that kitchen utensils can spread bacteria. Lead author, Dr. Marilyn Erickson, said, “Just knowing that utensils may lead to cross-contamination is important. With that knowledge, consumers are then more likely to make sure they wash them in between uses.”

Dr. Erickson’s previous work examined the spread of norovirus and hepatitis A from produce and kitchen utensils. What she found was cutting and grating increased the number of contaminated produce items when the utensil was already used on contaminated produce.

Although it is well known that poor hygiene and improper food preparation can lead to food borne illnesses, it is unknown what specific practices could increase the spread of germs. Dr. Erickson added, “The FDA was interested in getting more accurate numbers as to what level of cross-contamination could occur in the kitchen using standard practices.”

For the study Dr. Erickson contaminated many different produce items. She then used a knife to cut into the produce to see how quickly the bacteria would spread if the knife was continuously used without being cleaned between items.

Dr. Erickson and her team also grated produce, such as carrots, to once again see how quickly bacteria would spread during continuous use. Their conclusion was knives and graters could easily lead to cross-contamination.

Dr. Erickson explained, “A lot of the broken up material and particles from the contaminated produce remained on the graters. Then, if you were to shred another carrot or something else immediately after that, it gets contaminated, too.”

Additional findings suggest that produce with certain bacteria spread in different degrees. “For items like tomatoes, we tended to have a higher contamination of the knives than when we cut strawberries. We don’t have a specific answer as to why there are differences between the different produce groups. But we do know that once a pathogen gets on the food, it’s difficult to remove,” Dr. Erickson said.

Other research from Dr. Erickson found how brushes and peelers, too, can add to the spread of bacteria. Furthermore, she found washing the produce did not stop contamination through peelers nor did peeling under running water.

The results reveal that even with standard practice, we are still at risk for cross-contamination within our own homes.

The findings were published in Food Microbiology.