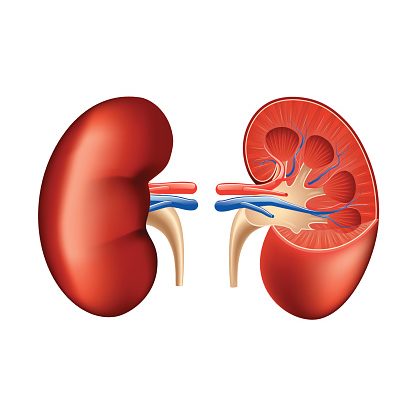 Researchers from the University of Texas have uncovered a potential new therapy to help treat kidney fibrosis, which leads to damage on the kidneys. The embryonic cellular process is called epithelial-to-mesenchymal transition (EMT).

“Our work shows that damaged kidney cells respond by undergoing EMT to protect themselves from further damage but in the process, develop long-term damage due to fibrosis, a form of chronic wound healing,” said Chairman of Cancer Biology, Raghu Kalluri. “Each adult kidney cell behaves like an embryonic cell, losing the ability to perform important tasks that keep the organ functional.”

Fibrosis can also be seen in cancer tissues as well in the progression of tumors. Kidney fibrosis is a response by the body’s immune system. This condition produces scars, which clog the organ which leads to damage. Kidney fibrosis can increase the risk of cancer but little is known about the exact cause of fibrosis.

Kalluri said that previous research conducted in 2003 showed that EMT could be targeted to reverse kidney disease and fibrosis. He said this study goes further by showing how in the development of anti-fibrosis therapy. “It reveals that inhibition of EMT in TECs (tubular epithelial cells) during chronic kidney injury represents a potential anti-fibrosis therapy,” he said. “It would be a significant advance in how this illness is treated and could potentially save many lives.”

The epithelial cells line the tissue of organs such as kidneys. Researchers found that by deleting Twist1 and Snai1 – genes which TECs use – the health of TEC could be restored. These cells are vital in the repair and regeneration of injured tissue. The research was conducted on mice.

Kalluri concluded, “Our experiments offer evidence for the functional relevance and importance of an EMT program in the progression of chronic kidney injury, and they support the notion that the EMT program, while indispensable for the proper growth of the embryos, is harmful in this setting and therefore a viable therapeutic strategy for protecting functional parenchyma in kidney fibrosis.”

Parenchymas cells are the functional tissues of an organ. Fibrosis strikes the structural tissues. The EMT therapy would in theory protect the functional tissues from the inflamed (or fibrotic) connecting ones. Fibrosis does not just affect the kidneys, it can also affect the liver, heart, lungs and skin. It is estimated that 40 percent of kidney deaths are a result of fibrosis.
The findings were published in Nature Medicine.