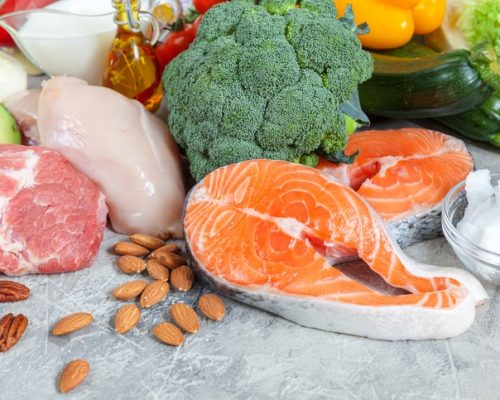 In recent years, scientists have discovered a much deeper connection between the gut and the brain than what was believed to exist before. The truth of the matter appears to be that the health of either the brain or the stomach has an impact on the other. A new study has found evidence that shows even a person’s diet may have an impact on their cognitive well-being. The scientists focused on the effects of the ketogenic diet on the cognitive function in mice.

“Neurovascular integrity, including cerebral blood flow and blood-brain barrier function, plays a major role in cognitive ability,” said Ai-Ling Lin, one of the study’s researchers. “Recent science has suggested that neurovascular integrity might be regulated by the bacteria in the gut, so we set out to see whether the Ketogenic Diet enhanced brain vascular function and reduced neurodegeneration risk in young healthy mice.”

The keto diet is defined by consuming an increased level of fats and a decreased level of carbohydrates. The researchers focused on this diet due to its previously proven benefits for patients with neurological disorders including autism, epilepsy, and Parkinson’s disease. The study used two groups of nine mice as its experimental and control groups. The mice were aged between 12 and 14 weeks when admitted into the study. The control group was given a regular diet and the experimental group was fed a diet that followed the rules of the ketogenic diet. They continued the diets for a period of 16 weeks.

Keto Diet Has Many Health Benefits

The experimental group of mice demonstrated many benefits as a result of the ketogenic diet, including increased blood flow to the brain, a better balance in the gut microbiome, lower blood glucose levels, a decreased body weight, and a reduction of beta-amyloid in the brain (a protein related to Alzheimer’s).

“While diet modifications, the Ketogenic Diet in particular, has demonstrated effectiveness in treating certain diseases, we chose to test healthy young mice using diet as a potential preventative measure,” Lin said. “We were delighted to see that we might indeed be able to use diet to mitigate risk for Alzheimer’s disease.”

The results of the study are currently only valid in mice, but future studies will focus on the effects of the keto diet on different cognitive functions in humans. The researchers believe that the cause of the beneficial results from the keto diet may be due to the inhibition of the nutrient sensor mTOR (mechanistic target of rapamycin).

In the past, the mTOR sensor has been related to lengthening the lifespan and promoting wellbeing. While the keto diet showed an ability to inhibit this nutrient sensor, it is unclear which exact mechanism of the diet causes the inhibition. The keto diet is also only one of the ways that the sensor can be inhibited in order to promote a healthier lifestyle. The researchers also say that mTOR can be inhibited by restricting one’s calories or through certain pharmaceuticals including rapamycin.