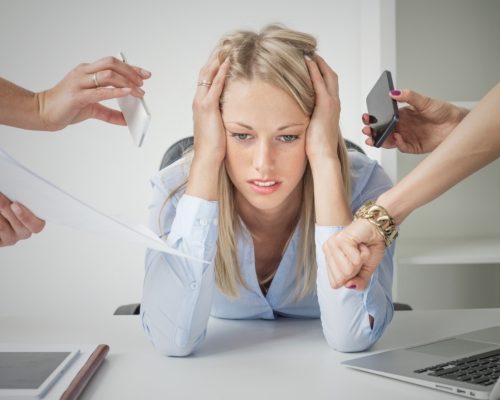 Working in a demanding job with little control can shave years off your life, according to research findings. Study leader Erik Gonzalez-Mule explained, “We found that individuals in highly stressful jobs with little control die at a younger age than workers who have more control in their jobs.”

On the other hand, researchers found that employees with high control over their work had a 34 percent lower risk of early death.

“We know that workplaces do affect health. In particular, there’s evidence showing that stressful jobs affect our satisfaction with our lives,” added Gonzalez-Mule. “Workers who have less control over their stressful jobs are more likely to be overweight than those workers who can control their jobs.”

The researchers looked at nearly 2,400 people in a long-term study. The participants answered questions regarding their jobs, and their state of health was monitored for the duration of the study period. Low levels of job control were defined as “an inability to set one’s own goals, decide how to accomplish tasks, and prioritize work,” explained Gonzales-Mule.
“Examples of jobs that could are traditionally low-control include construction workers, auto mechanics, or nursing aides. Examples of jobs that are traditionally high-control include supervisors, craftsmen, and construction inspectors. Having low control over a stressful job was associated with a 15.4 percent increase in the likelihood of death, compared to having low control over a low-stress job,” he added.

The researchers suggest that long-term stress could be a contributing factor leading to high blood pressure and unhealthy habits like smoking or eating unhealthy foods.

Gonzales-Mule recommends that putting forth a greater focus on the individual employee and their feelings in the job sector. Employees need to feel that they are in greater control of their work in order to reduce stress.

Your job is making you obese: Study