Home » Health News » It’s Okay to Be a Little Forgetful 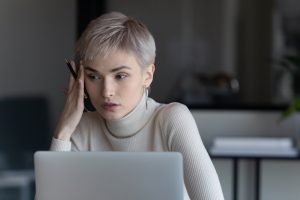 This hasn’t been a great week for my memory. So far, I’ve forgotten my keys, some important groceries, and a few names.

But I’m not too worried about it. Other than the awkwardness of forgetting a name or having to head back to the grocery store, the lapses lead to little more than some minor inconvenience.

You may notice some similar slips from time to time. Maybe the keys have disappeared (and ended up in a kitchen cupboard), an appointment slipped your mind, or the person at the grocery store who was aware of who you were was a total blank on your end.

These things happen. And the truth is they happen for a simple reason: you’ve got more important things taking up real estate in your brain.

Little flashes of forgetfulness can occur at any time, but they are more likely to occur with age for the simple reason that you have more stuff in your brain.

The older you are, after all, the more experiences you’ve likely had. You’re just not going to remember some of the small stuff.

Focus can also play a role. Those keys in the cupboard are likely there because you came home with groceries, got distracted when you came in, and put them away like they were a jar of peanut butter.

Sometimes even an extra step can lead to a little bit of a lapse. The last few mornings, for example, it’s been quite cool where I live. The step of putting a jacket on before leaving home led me to double back for my keys.

As long as you’re still capable of reasoning and decision-making, staying on top of your bills and other commitments, you’re likely fine.

If lapses are occurring frequently and sizably – like you’re forgetting how to get to your doctor’s office or regularly missing important events – then it could be cause for concern.

But occasional memory lapses? Don’t sweat it. You’re only human, after all.