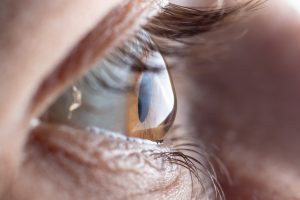 I’d be lying if I said I make regular trips to the eye doctor. As far as I can tell, my vision isn’t getting any worse. And you’re probably the same.

New research, however, suggests it might increase our risk for dementia.

It’s not that avoiding the eye doctor is the risk factor, but rather what they might find. A new study from Chinese researchers suggests common eye conditions like age-related macular degeneration (AMD), cataracts, and diabetes-related eye disease were all linked with a higher risk for dementia.

Cataracts, another vision-robbing condition, was not linked with dementia risk.

The study, of course, found links and does not prove cause and effect. It also noted that these conditions had an even stronger link to dementia when diabetes, heart disease, stroke, or depression were present as well.

Interestingly, all of these eye conditions are treatable if caught early. So, it’s unknown if dementia risk would be affected if cataracts, for example, was caught early and treated.

This research raises some questions, particularly regarding vision health and dementia. The fact that researchers did not find a link between vision loss caused by glaucoma and dementia makes it difficult to believe that lost vision plays a role in dementia risk.

What this study does do, however, is suggest that lifestyle can play a role in dementia risk. It’s possible that these eye conditions, which can be related to heart and blood flow problems, may be a precursor to dementia when uncontrolled. Put simply, they are symptoms that might just show up earlier.

In any event, regular trips to the eye doctor may help you identify these issues so you can get a better idea of where general health is at and what might be coming. It could offer some motivation to make changes to potentially ward off cognitive decline.