Home » General Health » Is Your Shower Making You Sick? 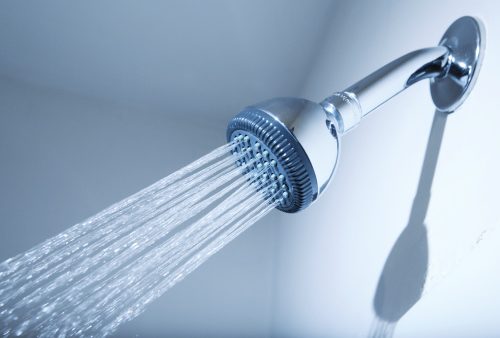 Taking a shower in the morning is a ritual that helps us maintain our hygiene. But what if showering actually has a harmful side-effect? According to new research, showering may lead to the spread of dangerous bacterial infections.

Researchers have found that dirty showerheads at home can, in fact, spread bacterial infections. One infection in particular, called non-tuberculous mycobacteria (NTM), caught the research team’s attention. It is closely related to, and harder to treat than, TB

The new research published in the American Journal of Respiratory and Critical Care. Medical specialists with the National Jewish Health medical center in Denver calculated that up to thirty thousand new cases of NTM infections occur every year. The bacteria spread from dirty showerheads and from the soil.

Michael Iseman, M.D., a professor of medicine at the National Jewish Health who helped lead the study, says that the bacterial infection is “extremely puzzling” and deserves a “great deal of attention.” He thinks that the most worrying aspect of the infection is how common the bacteria are.

The study shows that more women have been infected by NTM than men. Additionally, tall, white women are the most susceptible than other women. The research also shows that female NTM patients were, on average, two inches taller, weighed about 35 pounds less, and had waists at least seven inches narrower than an average American woman of the same age.

The NTM patients also had concave chests and scoliosis more frequently than average Americans of the same age. This suggests that underlying biological factors may account for why some people face greater risks of being affected by the bacteria.

Avoiding (and Treating) the Infection

Most of us breathe in these bacteria on a regular basis, and are surprisingly absolutely unaffected by them. However, for those who are vulnerable to bacterial infections, the bacteria deposit in the lungs, and cause progressive injury

Once the NTM infection takes hold, it is extremely hard to treat. Treatment includes up to 18 months of a rigorous antibiotic routine. As a last resort, there is a surgery that removes the infected portions of the lung. Unfortunately, only half of the patients who receive treatment are actually cured

Doctors say those most at risk for such bacterial infections are people who have weak or compromised immune systems. Some simple steps can be taken to avoid being infected.

While these steps will help avoid bacterial infections like NTM, it is much more important for us to understand what increases the risk of being affected by the bacteria. Such an understanding will allow us to determine better treatments for the bacterial infection. However, a lot more research is needed to understand the factors that increase the risk of being infected by NTM, and the researchers hope that their study will help draw attention from the health community to the NTM infection.