Home » Immune System » Allergies » Is Your Own Home Triggering Your Allergies? 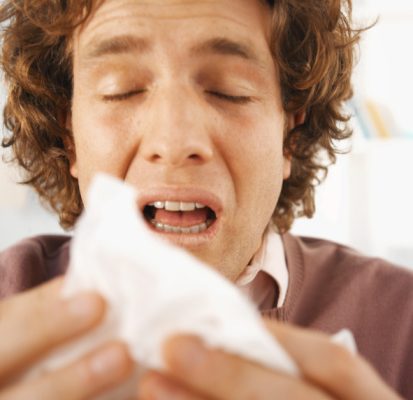 In the last few decades, there has been a growing concern for the quality of indoor air that circulates in homes. Respiratory health problems have been reported to be associated with the quality of the materials used in the construction of homes, including allergic reactions to paint and other building materials. The amount of time spent indoors in the past several years has also increased, based on the improvement in computer technologies that allow people to communicate and perform other tasks within the confines of their homes. For other individuals who are simply spending more time in the home, such as stay-at-home moms and young children, the exposure to indoor air is higher and thus it would be interesting to find out if their should indeed be any concern for harmful factors that may affect the body’s immune system. Preventative measures should also be performed to decrease the occurrence of respiratory disorders caused by features in the home.

According to recent medical report published in the journal Environmental Health, specific conditions in the home such as dampness and the presence of mold may increase the likelihood of developing disorders involving the respiratory system such as asthma, as well as problems of the immune system, including allergic reactions. The level of moisture inside a home is mainly influenced by various factors, including the type of materials used during construction and the extent of maintenance of the establishment. During the construction of a home, certain preventative measures against moisture accumulation may be adapted, including the use of high quality materials that inhibit the seepage of water through surfaces during rainy days. The use of waterproof paint to coat the surfaces of walls may also serve as a preventative measure against moisture accumulation inside the home. In terms of home maintenance, regular checks on the surface quality of walls around the house may also act as a preventative measure against increasing moisture within the home.

The recent report employed a measurement index that examined various features in the home that could contribute to the level of dampness and production of molds. This study was fueled by the need to identify causes of medical disorders involving the immune system, such as allergic reactions and other hypersensitivity responses of foreign particles in the air. By using this measurement index in evaluating approximately 891 homes in New Zealand, the research study showed that dampness and mold were the key features that increased the incidence of respiratory diseases such as asthma, and other disorders of the immune system, including allergic reactions. Based on these observations, preventative schemes may then be designed to directly resolve the quality of air inside homes.

The Results of the Immune System Study

The study showed that dampness decreases air ventilation in the home, thus triggering the development of allergic reactions to various tiny particles present in the air. The immune system may also be further affected by these allergic reactions, activating other cells of the immune system in producing proteins and antibodies that are designed to combat foreign materials that enter the body.

In the case of the presence of mold on the walls and other surfaces inside the home, it is possible to develop allergic reactions against pollen produced by these harmful microorganisms. In addition to this direct response by the immune system, mold on various surfaces can also generate toxins that could either desensitize the nerve cells of the body or trigger cell destruction. It is thus important to identify areas in the home that are damp or harbor the presence of mold and perform preventative measures in eradicating these features.

According to the New Zealand study, dampness and the presence of mold in the house has been strongly associated with an 11% increase in the incidence of asthma. The development of wheezing and difficulty in breathing is more evident among children and this may be attributable to their immature immune system, which has not been extensively involved with allergic reactions. It is also possible for adults with asthma to experience further deterioration in health when they constantly generate allergic reactions and other responses involving the immune system. Preventative schemes against mold and moisture in the indoor air of homes may therefore improve general health.

Majority of the homes in New Zealand are comprised of timber, which is the most frequent material to which moisture and mold adhere. It would thus be a preventative measure to fully insulate the walls and other surfaces of homes to prevent allergic reactions and other immune system disorders. Another preventative measure against allergic reactions such as asthma would be to replace the ventilation system in the home, allowing better circulation of the air. This preventative action may also prevent the unnecessary activation of the immune system to foreign particles in the air.