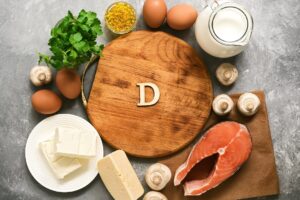 Most people want to drink from the fountain of youth. The problem is that it likely doesn’t exist. If anything, various fountains may offer a chance at a longer and healthier life.

New research suggests that vitamin D could be one of them.

The popular nutrient, known as the sunshine vitamin because it is synthesized by the skin when exposed to direct sunlight, is mainly known for building and maintaining healthy bones. But there is plenty of data – some conflicting – that it can do a lot more.

There is little debate, however, about how adequate vitamin D levels are associated with a lower risk of several severe health conditions.

A new, large-scale review suggests that adequate amounts of vitamin D can extend life, while deficiencies can boost the overall risk of premature death, heart disease, lung disease, and more.

Research suggests that vitamin D receptors are found in most major organs and human tissue, suggesting that it can regulate a host of bodily functions.

The team used data from more than 307,000 people in the U.K. Biobank, a large-scale biomedical research database measuring both Vitamin D levels and genetic data.

They found that people genetically predisposed to suffer a vitamin D deficiency were 25 percent more likely to die from any cause during the study than people whose genetics promoted healthy levels of vitamin D.

Vitamin D has anti-inflammatory effects that may account for why low vitamin D is associated with health risks. Vitamin D may also help regulate blood pressure, which could be linked to its effect on inflammation.

Vitamin D supplements can help boost blood levels if you can’t get enough sun. As can including vitamin-D-rich foods like mushrooms, fatty fish, and vitamin-D-fortified items like milk.

Getting more vitamin D is important for older adults because the ability to absorb it decreases naturally with age, while some medications can decrease absorption, as well.